The “Fallout” From Three Mile Island Is Still Spreading

Deep within the labyrinth of piping and control mechanisms, a single malfunctioning valve failed to close — without notifying the control room.

Thinking everything was fine, operators carried on as usual. By the time shrieking alarm bells warned of rising core temperatures, it was already too late. 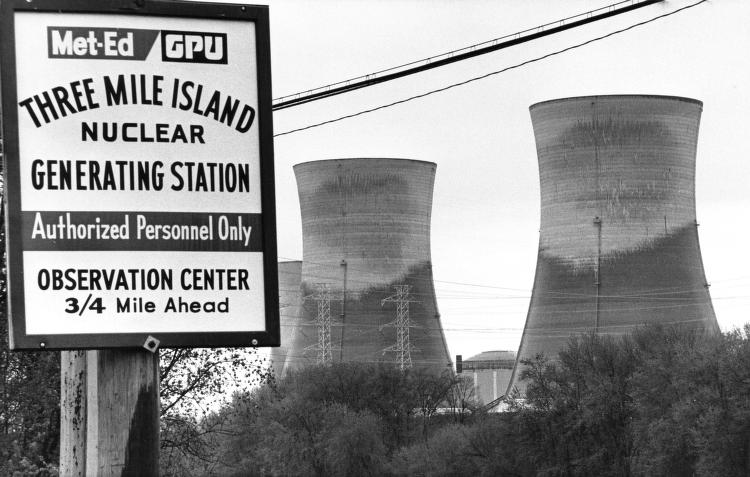 In most cases, the incident is referred to as the “Three Mile Island disaster.” It birthed the long-standing public fear of nuclear energy that still lingers today.

Nowadays, the accident is usually mentioned alongside other large-scale meltdowns like Chernobyl or Fukushima — both of which are actually worthy of being called “disasters."

In 1986, the nuclear reactor in Chernobyl, Ukraine, suffered a catastrophic meltdown, spewing nuclear material miles into the air and releasing a shock wave of radiation that was detected on far corners of the planet.

In 2011, in Fukushima, Japan, a massive 9.0-magnitude earthquake forced engineers to start an emergency shutdown of the reactors. The facility was successfully brought offline, but a sudden loss of power knocked out the critically important heat pumps.

Temperatures started to climb until the concrete reactor shields themselves actually melted, spewing huge amounts of radiation into the nearby ocean. After a decade of round-the-clock work, the reactor is still releasing millions of tons of radioactive waste into the water.

These events are true nuclear disasters — there’s no denying that. But the two worst accidents in the industry’s history had nothing to do with nuclear power itself.

Chernobyl was the direct result of Soviet Union hubris. The facility was incredibly outdated, poorly organized, and under enormous pressure to become the crown jewel of the empire. With competent leadership and modern technology, the Chernobyl disaster could have been avoided and simply been another Saturday.

Fukushima was built according to modern standards, and the Japanese government is more than competent enough to run it properly. But there was one fatal flaw: building a nuclear reactor next to the ocean in a country famous for its tsunamis — and on a fault line, no less.

Engineers claimed that the facility could handle everything the country’s weather could throw at it. Unfortunately for the 50,000 civilians forced to evacuate their homes, that was a costly mistake.

The Death Toll of Three Mile Island Will Definitely Shock You

Thanks to the operators' quick thinking, Three Mile Island was practically over before it started.

The end result? A few cubic feet of harmless gas, zero injuries, and not a single particle of radiation released into the atmosphere.

If that surprises you, you're not alone. Considering how much hype the Three Mile Island incident gets, I expected at least a double-digit death toll.

But even seven years before Chernobyl, top-notch engineering and management successfully prevented a major disaster.

So if engineers could reliably prevent a malfunction from escalating to a catastrophe back in 1979, why isn't there a nuclear reactor on every street corner today in 2022?

We have the tools to render fossil fuels, as well as most renewables, completely obsolete — especially in America, where engineering talent is abundant and tsunami risk is notoriously low.

Unfortunately, the world’s political system is rife with nuclear naysayers. Most of them either have oil donor money in their pockets or simply fear what they don't understand.

Personally, I think having anti-progress viewpoints should disqualify you from politics altogether. We can’t just ban nuclear reactors at the first sign of trouble — we have to make them better.

To really get the skittish public on board with nuclear, we need to eliminate all of the safety concerns, not just the big scary ones. The world doesn't want empty promises — it wants a guarantee.

So far, the best way to do that is simple: Completely redefine everything we know about nuclear reactors.

Take the image below, for example. This new nuclear fuel is the closest thing to a safe guarantee that the industry has ever seen. Its bizarre design resembles something out of a science-fiction movie. 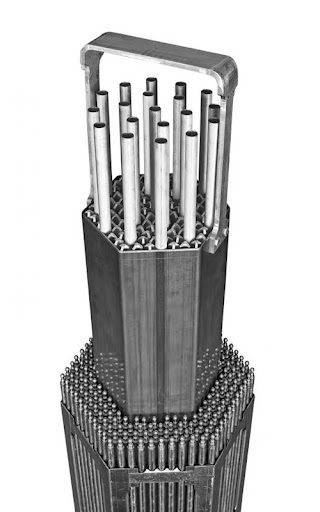