The End of the Lithium Oligopoly

Is the lithium boom coming to an end?

To put it simply: not even close.

Although you probably agree, there are still those skeptics out there trying to paint the picture that the party's over.

And at first glance, it seems like they have a point.

That leaves only a 10% gap for new players to enter the market.

Who needs new suppliers anyway with that slim of a margin?

There's one slight problem. The "Big Three" lithium companies account for 90% of current global demand, but let's keep in mind that lithium demand is growing with each passing day...

What Do We Want?

“From a lithium standpoint, we're pretty well sold out.”

That's a quote straight from the President and CEO of Albemarle Luke Kissam in the company's February earnings call transcript.

The world's largest lithium producer just admitted it was tapped out for supply.

Kissam went on to say that the company could see “a little bit of benefit” from incremental sales this year... but that's all.

Lithium is the market's miracle commodity. In the current rout that's taken down not only oil and gas but also a huge proportion of the other major commodities, lithium is one of the few in an uptrend.

And it's one hell of an uptrend, too.

Demand is expected to grow at a CAGR of 8%, and Credit Suisse estimates that it could outstrip supply as soon as 2019.

In fact, by 2020, when the world's major car manufacturers will all be producing their EVs, lithium demand could be as much as 25% higher than supply.

Another earnings call from another major supplier... that says its supply is staying put.

Rather, the company's lithium benefits this year will come from “higher pricing, improved mix, and lower operating costs.”

FMC isn't planning to ramp up production. Albemarle isn't ramping up production. SQM is likely to join its peers in sitting back and letting the price shoot through the roof.

And that's exactly what we're banking on.

When Do We Want It?

Now, one of the points I really do have to concede to the skeptics is that the first new suppliers onto the market will likely be hard-rock.

And it's not a matter of being a better business practice... it's just a little faster. 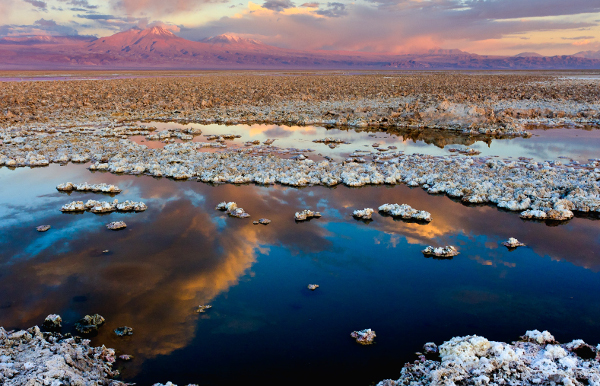 But the labor required in hard-rock mining makes it expensive, prohibitively so for some companies.

The overall price difference can be in the hundreds of millions.

Even if a company can break into the market with hard-rock mining now, there's no guarantee it will last long term.

And long-term gains are what we're looking to cash in on.

There's absolutely no question that Nevada is the place to be — the Silver State, the site of the lithium gold rush.

But much like in the original gold rush, only a select few will actually make it big on the market. And I want to show you one tiny lithium stock still flying under Wall Street's radar.

It's small but already making big moves, and particularly in developing its projects in Clayton Valley.

Here's the rub... the opportunity to still get in on the early stages of this small lithium player is closing quicker than you could possibly expect. And once it takes off, it'll be far too late to reap the massive rewards.

But I don't want you to take my word for it. Just check out the full details for yourself right here.