Pot has a dirty little secret.

I know, I know... the industry has been through enough trials, right? After all, the entire cannabis industry has come a long way since its days of persecution back in the 1930s by Harry Anslinger, culminating in the Marijuana Tax Act of 1937.

And it turns out last year was a game-changing moment for the industry.

Look, when Colorado and Washington legalized recreational marijuana for adults back in 2012, it was unquestionably a pivotal moment in time. It was also a long time coming, given that it was part of a longer chain of events that had finally brought us to that point.

Now, however, it’s impossible not to see a boon for investors looking to stake a claim in this burgeoning industry... and that’s putting it lightly.

The growth potential here is off the charts.

Sales are expected to explode from here, topping $20 billion within the next five years, and it’s clear the situation will snowball as markets expand and the industry gains momentum with each new vote that passes.

Thing is, these exploding marijuana stocks have a dirty little secret that nobody seems willing to address.

If you think Jeff Sessions is the cannabis industry’s biggest enemy, you’d be way, way off...

Everything comes back to energy... everything.

Granted, that much could be said about any sector of the market, and arguably life itself!

But I'm talking about cheap energy, to be specific.

It’s the single-greatest catalyst for growth in history.

And it’s no different in this case, either...

In fact, it’s utterly frightening when you realize how energy could bring the whole operation down while the cannabis industry still in its infancy.

It all comes down to electricity.

Unfortunately, it turns out cannabis companies are using an incredible amount of electricity to grow their products. Some reports have suggested that these facilities will use more than six times the energy that a regular commercial business expends, and even 49 times the average residence.

Remember, this is in Colorado... a state where natural gas and coal accounted for 82% of electricity generation.

That makes sense, given the fact that fossil fuels make up an overwhelming amount of the state’s energy production: 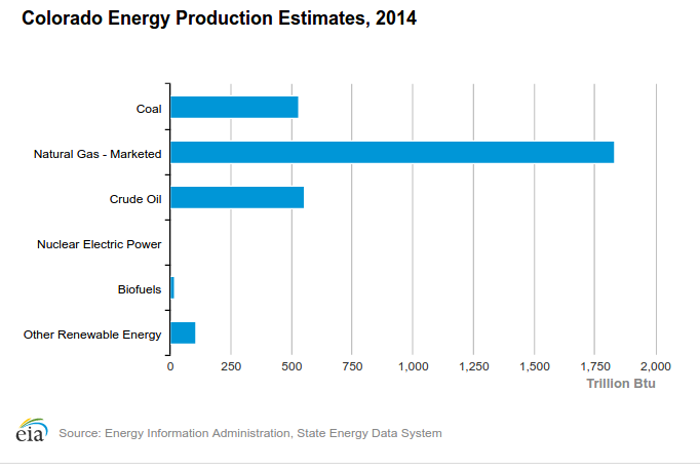 Still don’t think the situation is grim? I can only imagine how tight things will become as the public war on coal wages on.

Ever notice when President Trump talks about the future of American energy, it’s almost always natural gas? Sure, he’ll talk about saving coal jobs. He’ll even flirt with solar and wind energy (it’s growth even he can’t ignore!). But when it comes to the future of energy production, it’s always about the vast shale gas resources in the Lower 48.

In fact, natural gas has just become even more critical for the booming marijuana industry — all thanks to California.

I mentioned before that last year was a game-changing moment for the marijuana industry.

Although you might’ve been surprised on last year’s election night in regards to who would be running the U.S. for the next four years, the one part of the night that didn’t shock us was when California passed Prop 64.

With a population more than seven times that of Colorado, California’s marijuana industry is simply massive.

As untold numbers of joints lit up across the state after the results were announced, so did the eyes of every natural gas driller in the area, and here’s why: 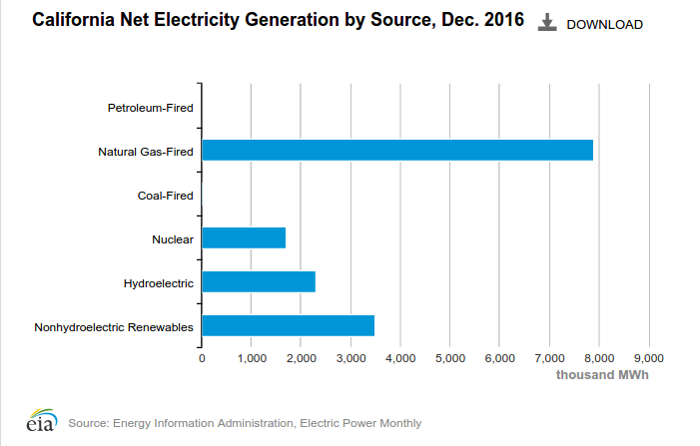 From just an electrical generation standpoint, California is a pure glutton for only one source of fuel: 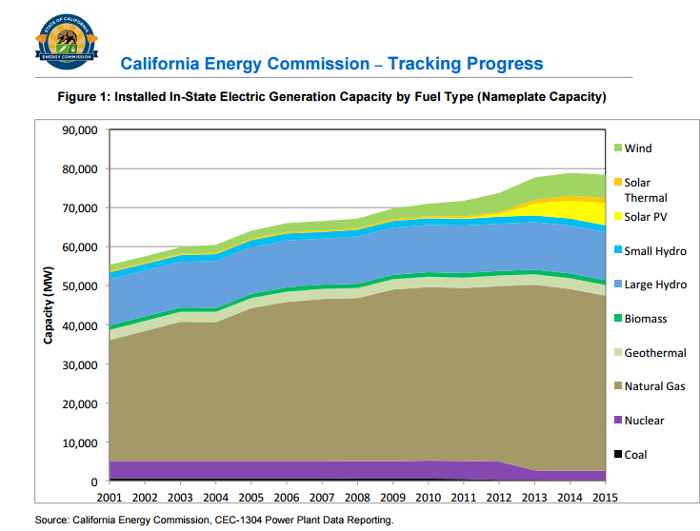 It always comes back to energy, dear reader. And just as I’m sure more and more states will legalize marijuana over the next few years, the reality of the situation is that the entire industry has been called an energy hog.

Now imagine the sheer amount of electricity that’ll be needed just to sustain the incredible growth expected in the coming decades.

Mark my words: natural gas will be the lifeblood for this burgeoning cannabis industry.