Tesla Motors Inc. (NASDAQ: TSLA) is riding a wave of success that we just don’t see in the auto industry anymore – it seems like everything Tesla touches turns to gold.

But it still has one BIG drawback: charging. 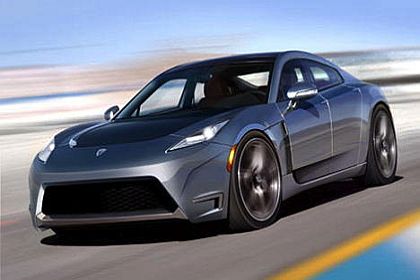 Behind its outstanding performance reviews is the fact that the Model S sedan can travel 270 miles on a full charge, which is far superior to the competition out there. But once you get close to the end of that range, where do you charge it?

Charging stations are few and far between and don’t satisfy the anxieties that come along with electric vehicles (EVs) and traveling long distances. And when the vehicle finally does get its charge, you’re sitting there waiting for hours for it to power up.

But as of last Thursday, Tesla has vowed to eliminate all of that worry and frustration.

The company is building a network of Supercharger stations in the U.S. and Canada. Model S owners can use them for free, while owners of other Tesla models can have the same services for a small fee. The chargers will not support other brands of EVs.

It’s summertime, and there is no greater time of year than to get in the car and just go.

And pretty soon you can hop in your Model S and drive cross country, make a detour in Canada, and come home when you’re good and ready – worry free!

That’s because Tesla CEO and co-founder Elon Musk is en route to create a network of solar-powered Supercharger stations that will have you ready for that all-American road trip in two years’ time.

And you won’t be waiting around either. These ‘Supercharger’ stations will have power fully restored to your Model S in 20-30 minutes' time.

And the company plans to triple the number of these Supercharger stations by the end of next month.

The plan is set to start mostly along the East and West coast. From there, it will expand into the Midwest and Canada in the next 6 months, and in a year from now, Musk says that 80 to 90 percent of the U.S. population should be covered with Supercharger stations.

In two years, there will be more than 200 Supercharger stations to form an intercontinental network for Tesla drivers.

Each Supercharger will cost roughly $300,000 to construct, which includes the solar panels that will be installed by SolarCity Corp. (NASDAQ: SCTY), of which Elon Musk just so happens to be the chairman and largest investor.

There are currently just nine stations that provide a similar service to the Supercharger station – but in a month that number will be tripled.

Tesla’s previous goal was to see 100 of these Supercharger stations in full operation by 2015, but that plan has been scratched, and now you can expect closer to 200 stations – twice as many, and twice as quickly.

The Superchargers will be strategically placed every 150 miles or so and will only work with Teslas.

Presently, if a Tesla driver pulls into one of the nine stations that are currently in operation, it’s going to take more than 40 minutes for a full recharge, which isn’t horrible if you compare it to some home charging units that can take up to 8 hours. Still, it’s close to an hour of waiting time.

The new Supercharger stations cut that time by half using a 120-kilowatt charge, up from the 90 kilowatts at the existing stations.

In time, the Superchargers will be powered exclusively by solar panels and operate off the national electrical grid. If it were ever to collapse, you can still count on your Tesla. For all those doomsday preppers out there, this is perfect. Travel will never be an issue.

Once these Supercharger stations are in place, the one knock on Tesla will be completely eliminated, and EVs in general will be shown in a positive light.

This is Elon Musk and Tesla’s latest puzzle piece in their vision to take the auto industry by storm. In just a few short weeks, Tesla has shown its first quarterly profit, seen its shares skyrocket, and paid off a government loan of $465 million – nine years early. All this reflects a market value that has tripled in the span of one year.

And the road is still unpaved. Tesla’s first SUV, the Model X, with lofty expectations of its own, isn’t due out until late 2014.