Third place isn’t usually where people strive to be.

If you’re lucky, it’s bronze, which means you still get to stand on the lowest part of the pedestal.

There are, of course, exceptions to every rule.

The case of cobalt, the “blue gold” that the energy industry is desperately scrambling to get more of, is a bit of a tricky one.

In the search for supply, could third place be the best we've got?

According to the United States Geological Survey, the top three cobalt producers in the world as of 2016 were:

It may not be readily apparent what the problems with this list are.

Especially if you aren’t aware of the promises made years ago by Tesla CEO Elon Musk.

From the start, Musk has stated that all Tesla vehicle components such as lithium and cobalt would be sourced first and foremost from North American producers.

Failing that, outside sources of these metals would need to be ethically mined.

This offered investors a conundrum.

First, because the U.S. is not one of the top three producers of either cobalt or lithium.

Second, because finding ethically mined battery supplies is harder than it sounds.

The DRC, for instance, is notoriously unethical in its mining practices. In fact, a large part of its cobalt supplies are purportedly mined using child labor, a practice Elon Musk has said he wants kept as far away from his production line as possible.

The problem is that the majority of the world’s cobalt comes from this country.

To put that in perspective, the second-largest producer, China, only produced 7,700 tons.

That’s one hell of a stretch between first and second place.

Still, China isn’t Musk’s only choice for a cobalt supplier, either.

Even though it’s the largest source of U.S. cobalt imports, China already has plans for much of its growing supply.

Any increase in cobalt or lithium production from this country will likely go to domestic battery production first, especially since China is planning at least four of its own Gigafactories to match Tesla’s in Nevada. 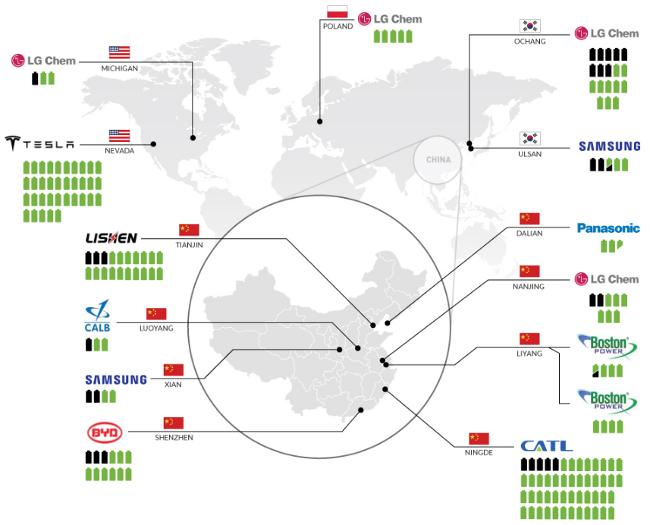 By 2020, the country is expected to expand to more than six times its 2016 battery production capacity.

And so that leaves Tesla with the best prospects coming out of our third-place contender: Canada.

At 7,300 tons for the year, our neighbors to the north are trailing right behind China in production.

The town of Cobalt, Ontario, is also a notable source of this unique metal and is one of the few places in the world where cobalt is mined as a primary resource rather than as a by-product.

But back to the original question... is it really the best we’ve got?

The Cobalt Is Coming from Inside the House

As I pointed out before, the U.S. isn’t among the top producers of cobalt.

Yet it’s right here at home that the best investment potential lies.

Much like the situation with lithium, the U.S. is a small producer of cobalt... but the sudden rush of orders for the metal has incentivized new projects to come online.

Tesla is still looking to give U.S. producers preferential deals.

And one producer in particular is taking it up on that offer before anyone else.

This company has been developing its cobalt project for years and will finally be in production just in time to provide Tesla’s Gigafactory with the battery component it needs more than any other.

And that’s not the last ace it’s got up its sleeve...

Check out the story behind this company’s unique advantage right here.