Home hacker may have let the news slip early...

Tesla's vehicles are well-known for being all-electric, with massive batteries instead of traditional engines. 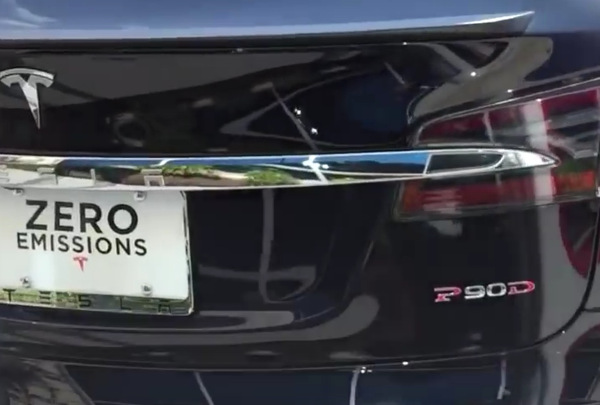 This is an increase from the original configurations, which offered ranges between 100 and 200 miles per charge.

Tesla has said it hopes to see annual improvements of between 5% and 7% moving forward.

But if the latest word on the street is true, the company may have already outstripped that estimate.

Recently, one Jason Hughes, an amateur hacker and Tesla Model S owner, tapped into the code in his car and found a reference to something called “P100D.”

After such previous upgrades as the 70D, 85D, P85D, and P90D, there's not a lot of mystery behind what this bit of code might mean.

Understand, these numbers stand for the kilowatt hour capacity of each battery pack. So in addition to being an 11% improvement over its most recent upgrade, a P100D battery would hold 100 kWh of power, which is pretty damn impressive all by itself.

And you have to consider the real-world uses of such a battery. Not only would it further improve the range of a Tesla car, but would open more doors the possibility of a Tesla truck.

Musk himself has said before that an all-electric truck could very well be in Tesla's future, though no concrete plans have been made or announced.

It's far more important for the company to focus on scaling up its current production — lest it be left in the dust of its own market.

But we can dream.

In the meantime, Mr. Hughes is not facing any major repercussions for his hacking.

Tesla tech safety protocols detected the breech of code and apparently attempted to force Hughes's car to downgrade a step in software.

After bypassing the downgrade, Hughes tweeted Elon Musk to get some answers.

Musk simply replied, “Wasn't done at my request. Good hacking is a gift.”

Not only does this seem to condone constructive Tesla hacking, but Musk didn't deny any of what Hughes found in the code.

To continue reading about the next possible Tesla battery upgrade, simply click here to read the Motley Fool article.