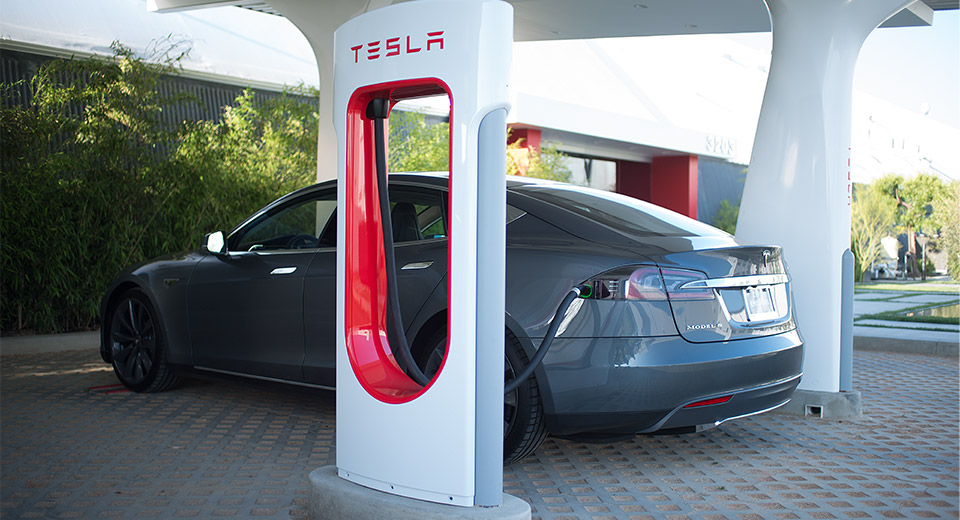 In a game-changing move last week, electric car company Tesla Motors announced it was open sourcing the patents to its quick-charging system for electric car batteries, as well as its related business model.

“We believe that Tesla, other companies making electric cars, and the world would all benefit from a common, rapidly-evolving technology platform,” an announcement from Tesla CEO Elon Musk said.

“Technology leadership is not defined by patents, which history has repeatedly shown to be small protection indeed against a determined competitor, but rather by the ability of a company to attract and motivate the world’s most talented engineers. We believe that applying the open source philosophy to our patents will strengthen rather than diminish Tesla’s position in this regard.”

It only took a few days, but there are already a couple of major automakers reportedly interested in Tesla's charging technology.

According to the Financial Times, both Nissan and BMW are likely to meet with Tesla about developing a charging network that is compatible with electric vehicles from all three companies.

Quick charging for electric cars is not yet a standard. Some companies use one method, others use another. Nissan's Leaf, for example, uses the CHAdeMO quick-charging standard, and the BMW i3 uses the SAE Combined Charging System.

Tesla uses its own that has not yet been adopted by any other company.

However, Tesla has adopted an open position to sharing its charging tech. It has vowed to “not initiate patent lawsuits against anyone who, in good faith, wants to use our technology.”

The move is nothing short of revolutionary.

For decades, the world of technology has relied upon patent litigation that entrenches market leadership. Samsung has been locked in an intellectual property battle with Apple since the Korean electronics company debuted its iPhone copycat Galaxy S smartphone back in 2010. Microsoft has made a career out of squeezing patent licensing fees from every tech company to rise to prominence with the aid of software in the last twenty years.

Tesla's approach hearkens back to the days when industrialists openly shared, copied, and stole technological developments in the name of advancement.

A year after the first U.S. patent was filed, U.S. Secretary of the Treasury Alexander Hamilton famously submitted a report to Congress weighing the productivity of factories against the output of farms. In it, Hamilton put forth the idea that there could be a machine that could cut labor costs in half in some manufacturing field.

He then suggested that we already knew or had a reasonable facsimile of most machines, and if we didn't, they could be copied with ease.

He said: “To procure all such machines as are known in any part of Europe, can only require a proper provision and due pains... The knowledge of several of the most important of them is already possessed. The preparation of them here is, in most cases, practicable on nearly equal terms.”

This is just one of many historical examples.

Historian Peter Andreas discusses how co-opted ideas and outright theft were actually the foundation of America's success in his book Smuggler Nation: How Illicit Trade Made America.

This is no longer about idea theft and piracy — two things American tech companies often slam China for doing.

Tesla is taking intellectual property to a new place.

It sees that it can actually build its business by letting go of some of its innovations rather than jealously guarding them or sinking them into a joint licensing patent pool.

The open-source model gives all competitors free access to a product design and allows anyone to improve upon it. It is goal-oriented rather than explicitly profit-oriented, and it has the ability to improve the value of all competitors instead of just one.

In the open-source model, the competition is no longer to get your idea to the patent office and then beat out competing ideas in the market.

It's to share your idea with your competitors and race toward making it perfect.