Is THIS the End for Electric Cars?

These were the words spoken by Tesla (NASDAQ: TSLA) CEO Elon Musk after announcing the company had completely paid off its Department of Energy loan nine years early.

Tesla supporters cheered, naysayers were MIA, and those investors who loaded up on Tesla last year are now sitting back counting their winnings — and looking for the next big score in electric cars.

Unfortunately, they will be waiting a very, very long time...

Truth is Tesla Motors, from day one, has been a very unique company: an unapologetic, chest-pounding agitator that dared to challenge the status quo by taking risks, while the established auto industry fell victim to its own arrogance and complacency. 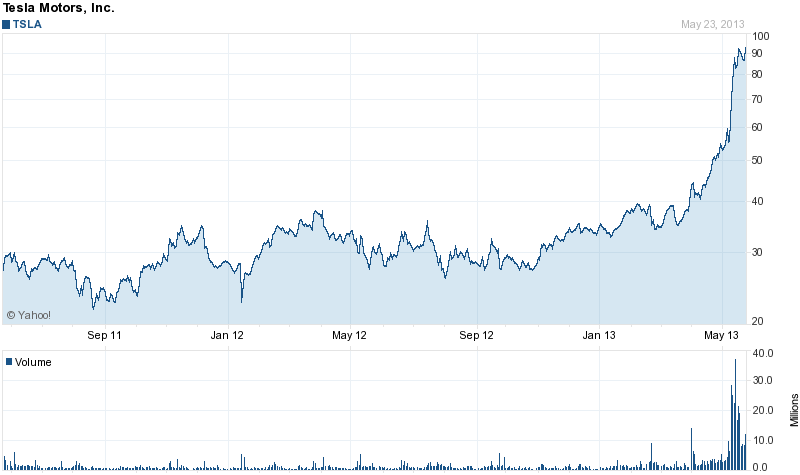 But don't expect this success story to be repeated anytime soon.

The bottom line is that while Tesla will continue to push the envelope and break new ground, it is unlikely we'll ever see another pure play electric car manufacturer replicate their success.

If you're a regular reader of these pages, you know that I've long been a fan of Tesla.

Its first two vehicles successfully showed the world that electric cars are no longer “glorified go- karts,” but rather serious machines that offer all the bells and whistles of any other luxury car today — with the added benefit of having the ability to give the proverbial middle finger to OPEC.

Of course, I also know the opponents of electric car development (mostly those who still believe the typewriter is coming back), will be quick to point out that the company still launched itself using taxpayer dollars.

And quite frankly, these opponents make a valid point.

But like it or not, the inconvenient truth is that such loans wouldn't even be necessary if a free market really existed in the world of energy... which, of course, it doesn't. Across the board, every form of power generation and transportation fuel is subsidized in some way, shape or form.

Now, I'm not going to dive into that debate today. Because it doesn't matter. Energy policy has always been — and will continue to be — shaped by special interests. Sometimes it benefits taxpayers, sometimes it doesn't.

Until we can kick the lobbyists to the curb and demand accountability from our lawmakers, nothing will change. We'll continue to see blank checks for some senator's favorite company, and we'll continue to see the lion's share of support go to those industries that pony up the most filthy lucre on the campaign trail.

But one thing is certain: At this point, I'd be highly suspicious of any electric car maker getting another fat loan from the DOE.

Tesla is a rare case — a hugely successful operation that, quite frankly, is only successful because of the man behind the wheel, Elon Musk. This is a man I would argue is the next Steve Jobs. He's an innovator, a risk-taker, and an insanely smart individual. With Musk running the show, I have no doubt Tesla will remain a solid force.

But what about all those other electric car companies?

Coda had no shot. Its car was bland, unappealing, and too expensive. Take a look: 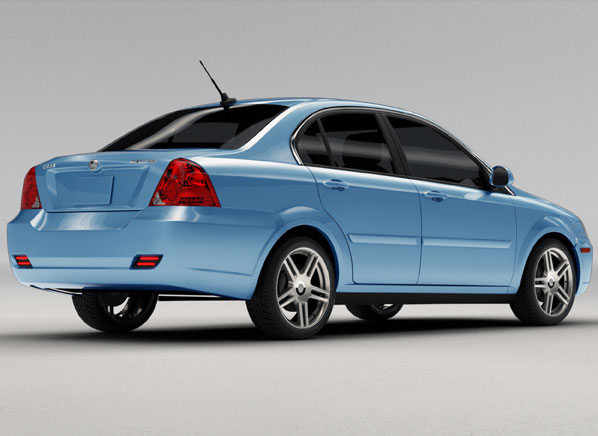 Fisker, on the other hand, pulled in close to $200 million in taxpayer dollars...

Although the vehicle itself was quite impressive, bad PR, bad luck, and the inability to understand that its high-end, $100,000 vehicle wasn't going to successfully compete in the luxury car market made this one a dud.

Some Chinese companies were bidding on the troubled company. However, Geely, the Chinese automaker, bailed, saying the company was “too risky.”

Also worth noting is that former GM exec Bob Lutz has shown some interest in picking up Fisker in an effort to hold on to Fisker bodies for his new VL Destino, a high-end, supercharged V8 that'll set you back about $180,000.

Yes, the Fisker Karma is now getting in line to become little more than a collector's item for car enthusiasts. It'll never be anything else.

Any other electric car manufacturer coming to the table now will be attempting to grab a seat where there are simply none left. The major automakers are all on board and are actively building or selling electric cars right now.

Tesla locked in the sweet spot and, over the next three years, will deliver a crossover SUV and a more competitively-priced electric car for the masses.

For investors, the only shot at new electric car profits will likely come from battery companies that develop disruptive storage technologies...

Right now, it looks like the next big thing in electric car batteries is a chemistry that relies heavily on graphene. Interestingly, graphene is also being eyed as the go-to material for new, lower-cost solar panels, micro supercapacitors, and next-generation sensors used to expedite the discovery of oil and gas.

Whether its electric cars or oil and gas, a great backdoor way to play the tech side of energy is to gain some exposure to graphene, especially since most of the dolts on Wall Street are still pretty clueless.

So we're loading up now in anticipation of a rush on graphene later this year. You should have some exposure here, too.