Stages of an Oil Bull

Time to Buy the Service Guys

Here is the USO Fund, which tracks the West Texas Intermediate (WTI) price of crude.

This is my favorite type of chart.

There is nothing better than a big sell-off followed by a flatline. These mean all of the sellers are gone. The share price has tested the bottom three times and held.

In this case, investors are buying at $10 come hell or high water. The lack of volume means momentum traders are gone. As good contrarians, we know that any positive news will send this share price higher and how.

The Stages of Oil: Stage One

The deal with oil is that it is cyclical. When it bounces back, the first thing investors buy is the deep value plays among the producers. We've already seen this happen with U.S.-based companies pulling oil out of the low-cost basins. In 2016, the low cost/high value was in the Permian Basin in West Texas. I wrote about that here.

Last year there were over $20 billion in Permian acreage buyouts. Some Permian stocks have tripled in value.

The Permian Basin is simply the low-cost U.S. field. You can pull oil out of the ground at $30 per barrel. The U.S. is benefiting from the strong dollar, advanced technology, new export laws, and because it is not subject to OPEC agreements.

After investors buy the low-cost producers, they turn to the service companies. These include names like Schlumberger (NYSE: SLB), Baker Hughes (NYSE: BHI), Fairmount Santrol Holdings (NYSE: FMSA), and Nabors Industries (NYSE: NBR), all of which should see earnings rebound over the next three quarters. Schlumberger is the best of breed in regards to five-year trends in margin, cash flow, and value.

The VanEck Vectors Oil Services ETF (NYSE: OIH) is also a way to play the oil service sector, though it has some foreign and offshore holdings as well.

The oilfield service sector assists the drilling companies in setting up oil and gas wells. These companies manufacture, repair, and maintain equipment used in oil extraction and transport.

They also do things like seismic testing and transport services, as well as more sophisticated well development, drilling and planning fracking flows, etc.

We are now at a point where companies are spending money, increasing capex, and ramping up production.

According to Baker Hughes, who keeps count of such things, there were 741 working rigs in the U.S. as of February 10. That is up 12 from February 3, and up 200 from February 12, 2016. It should be noted that due to new technology and multiple drills shafts from the same rig, production per rig is up. 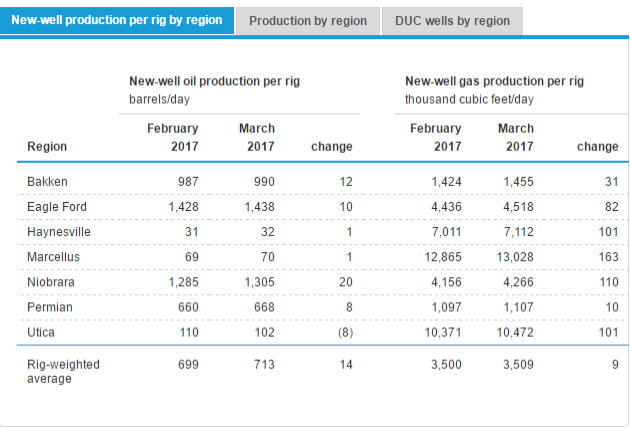 It is interesting that Subsea 7, which is an oil service provider for offshore/underwater oil production, has gone from $5 to $15 this year.

After moving offshore, the next wave in oil profits comes from international exploration — companies like Africa Oil, Dragon Oil, and Tullow, to name a few. These are the companies that can return 1,000%-plus when they hit oil during a commodity bull market. These are the types of stocks that are completely out of favor in today's market. Subsequently, they can be bought for pennies on the dollar.

It's always a good idea to lay in a few buys on the cheap, even if you might have to wait a year or so for the eventual payoff.

I've been following the renewal in Argentina for over a year now. The country has a new pro-capitalist leader who has made some free market reforms and is attracting global investment.

Recently the country signed a deal with labor unions and energy companies aimed at luring investors to the Vaca Muerta shale formation in Patagonia, which could turn out to be one of the largest unconventional reserves in the world.

The country will offer a subsidized price of $7.50 per million British thermal units of natural gas produced at new wells through the year 2020.

Vaca Muerta has drawn investment from Chevron Corp, and Exxon Mobil Corp. But the shale formation, which is about the size of Belgium, remains largely unexplored.

I've been looking at a couple of small players in this region that could do very well if the stars line up. I'll keep you informed as things progress.