The Hard Truth about Solar

And it was insanely easy, too.

Hell, back then you could pretty much just pick any random company with the word “solar” attached to it, and watch your money double, triple, even quadruple.

Yes, those were three great years. And I live very comfortably today because of those three years.

But the solar market isn't what it used to be.

Last year, solar stocks got slammed. And while most expect to see a recovery in the space this year, the sector remains as volatile as ever.

Now just a few weeks ago, solar stocks were soaring after some new data came out that indicated a rise in solar installations in Germany in Q4.

The result was a quick run on solar stocks, and certainly traders made out...

But then there were those poor souls who didn't read the fine print, ponied up a few thousand, and are now wondering what happened to the solar run all those analysts on television were talking about.

Yes, a few weeks ago there was some positive data, which apparently cast a shadow over the fact that cell and panel prices were still continuing to fall.

And it didn't take long for the sector to shed its recent gains, then fall even further after Germany's Energy Minister announced that the country's Feed-In Tariff should be adjusted every month instead of twice a year.

While I continue to remain bullish on the long-term growth picture for solar, unless you can stomach the risk and volatility, the solar space is no space to be right now.

Truth is until we see next quarter's forecasts, I'd be very hesitant about playing solar.

This Will Blow Your Mind!

As the last remaining solar manufacturers struggle with depressing margins and intense competition, one little solar tech company continues to pay off for investors.

And the reasons are simple: This solar stock has zero competition, it has no exposure to the euro, and it isn't even really affected by the potential loss of subsidies.

Truth is, this company's technology allows it to reach profitability without a single penny in subsidies.

This technology is truly ground-breaking. It will enable the cost of solar to come down so much, it could actually compete with all the dirt-cheap natural gas we have at our finger tips. I'm completely serious.

And here's the most fascinating part... this particular solar technology doesn't actually need the sun's rays to work.

There's no doubt that there's still plenty of money to be made in solar.

You just have to know where to look, and of course, not get caught up in all the hype generated by those know-nothing media buffoons who couldn't even tell you the difference between solar thermal and solar PV, much less know how to play the solar market...

Hell, these are the same guys who were telling us just a few years ago that natural gas would never fall below $5.00.

And now they're scrambling to dig up any bearish news they can find. But nothing they say can stop the natural gas boom.

I've said it a thousand times before, and I'll say it again: Natural gas is king.

And right now, it doesn't take much to make money from this sector. In fact, it reminds me a lot of the solar sector from 2005 to 2008. It's just so easy to make a killing.

Just ask my colleague Keith Kohl, who was touring today's biggest natural gas properties back when the word “hydrofracking” was a term only used by insiders and roughnecks.

This guy's made me — and his readers — some serious coin in the natural gas space...

Especially with his latest find at the Three Forks location in North Dakota. Check it out: 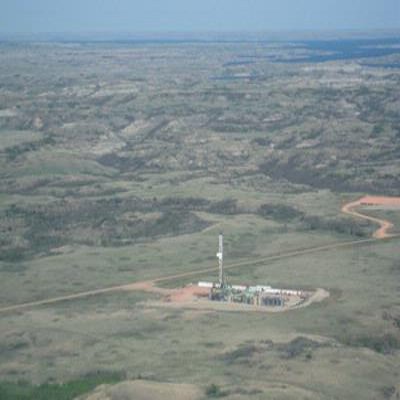