Breaking the monopoly on energy for better prices and more renewables

Usually, a utility stands as the middle-man between energy producers and energy consumers. And in many cities, this is a good thing for consumers.

You see, when there are several utilities vying for business, they compete through low prices, offering deals to make their business more attractive.

Unfortunately, the large city of San Diego doesn’t get those kinds of options.

San Diego Gas and Electric is the city’s only energy utility, which gives the company full control over prices, as well as a fair amount of lobbying power in the city’s Chamber of Commerce. 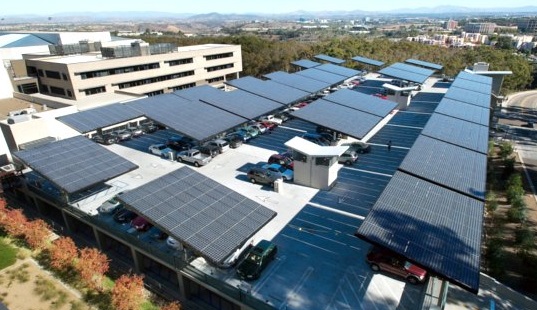 Now, the city is considering reclaiming some of that power through a new energy program called community choice aggregation (CCA).

This kind of program allows local governments to control prices a little more, as well as diversify the area’s energy portfolio by buying from local sources or installing more renewable energy.

This, it seems, one of the major drivers of San Diego’s contemplation: under the monopoly of San Diego Gas and Electric, the city may only reach 50% renewable energy in the next 15 years.

That’s only about half of what the city has proposed in response to the growing push for cleaner energy practices. But with the company’s lobbying power and current stranglehold on local energy, it’s the more likely outcome.

Instituting a CCA would offer the area’s consumers more voice in the matter, and the ability to install more individual renewable energy systems.

“If we do break away from our utility, then we can install solar locally in our parking lots and our rooftops,” says Nicole Capretz, a local environmentalist.

Keep in mind that home solar installations were the biggest supporter of the U.S. solar capacity growth last year. Renewable options offered by a CCA would benefit not only the city’s clean energy goals, but the emissions reduction goals for the whole state of California.

And that influence could go even further. San Diego is actually the largest city in the U.S. to make a 100% renewable energy pledge.

If the city were able to reach even a large portion of that goal, it would encourage other larger cities to do the same.

To continue reading about San Diego’s break from its energy utility, click here to read the NPR article.