Renewable Energy for the Biggest Player in the Oil Game

Saudi Arabia has long been one of the major players in the oil game. They have the second largest proven oil reserves in the world, estimated at 268 billion barrels. Their reserves are about 1/5 of the world's total oil reserves.

The main problem with Saudi Arabia's reliance on oil is that their economy is absolutely dependent on it. The problem is that their oil will eventually run out, and without it, their current economic system would implode.

But you’d be wrong. 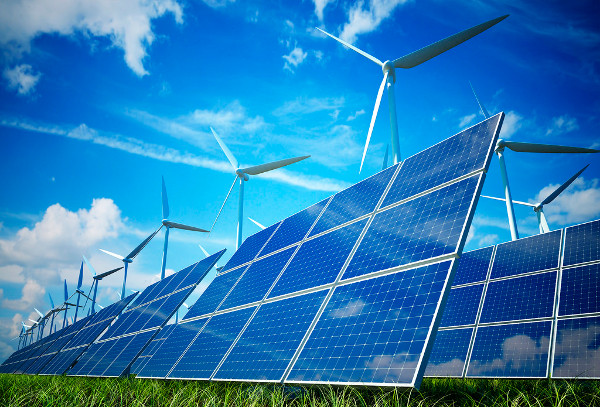 Saudi Arabia is putting huge amounts of time and money into a push to get into renewable energy. By 2023 they want to have 10 gigawatts of renewable energy (wind and solar) up and running.

The Minister of Energy, Khalid Al-Falih spoke at the World Future Energy Summit in Abu Dhabi and said, “This marks the starting point of a long and sustained program of renewable energy deployment in Saudi Arabia that will not only diversify our power mix but also catalyze economic development.”

The interest in renewables might seem shocking, but it’s actually in line with the young Deputy Prince, Mohammad bin Salman Al Saud’s plan to move away from Saudi Arabia’s heavy reliance on oil, and turn the country toward a more sustainable future, called Vision 2030. The plan that will attempt to change the economic structure of the country, and introducing renewable energy is just one of the steps they’ll take toward changing the country’s focus.

Why You Should be Investing in Electric Cars
The future of Playboy is anybody’s guess, but the future of transportation IS electric.
Trump's Infrastructure Bid to Include Renewables
Any improvements Trump makes on the country's energy grid will support more growth in solar and wind too.
Tesla (NASDAQ: TSLA) is Making the American Auto Industry Great Again
Allowing the union to infiltrate Tesla is a horrible idea. Energy and Capital editor Jeff Siegel explains why...
Hydrogen Fuel Cells: The Downfall of Tesla?
Lithium has been the front-runner in the battery technology market for years, but that is all coming to an end. Elon Musk is against them, but Jeff Bezos is investing heavily in them. Hydrogen Fuel Cells will turn the battery market upside down and we've discovered the tiny company that is going to make it happen.