In New York City, you can find a one-bedroom apartment for around $900 a month, and that’s considered on the cheap side.

We know the South has traditionally been known for cheaper housing. However, in parts of West Texas, you’ll be treated to that famous down-south charm while paying New York City prices.

That's is all thanks to booming oil production in the Permian Basin. 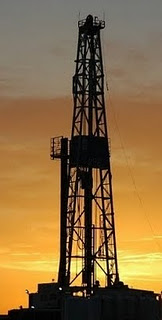 You’ll find a flurry of activity going on all throughout the night and into the morning.

Workers have flooded to this region, and critics have noted the strain it poses on local governments attempting to handle such a sudden influx of people.

And oddly enough, Texas is now the number one state for wind generation because of the stress on the regional power grid – generating 10,570 megawatts of wind power.

The small town of Cotulla, collecting $2.6 million in sales taxes, has undergone a population growth from just 3,000 to over 12,000 people.

And Midland is considered the second richest metropolitan area next to Silicon Valley, CNBC reports. Midland has also set a new record for housing permits, and the city of Odessa has issued 572 permits for housing in 2012.

We’ve heard of these tales in South Texas, North Dakota, and parts of Pennsylvania, but what separates the Permian Basin from other profitable plays?

West Texas is one of the safest investment plays in the country. Some areas can still be profitable with oil prices at $50 to $60.

18 counties in Texas and three in New Mexico are producing from the Permian.

According to the Energy Information Administration, production from West Texas is set to hit 1.3 million barrels a day. Further projections claim that production could soon double to 3 million bpd by 2025 – rivaling that of Kuwait.

Currently, the Permian comprises around 14 percent of national production. If Texas were a sovereign nation, the state would rank 10th in world production.

Texas has produced over 2 million bpd – making up one-third of national production. And if it is able to reach the 3 million mark one day, it would rank 8th in world production. West Texas has become the lifeblood of Texas energy production.

The Eagle Ford is steady, but when compared to West Texas, South Texas is only producing over 600,000 bpd. Permian production, meanwhile, will match that of the Bakken – also set to reach the one million mark by year’s end.

In West Texas, year on year production has grown an average of 93,000 bpd, or 5 to 6 percent annually.

You’ll find that production in West Texas can last the longest of any play out there.

Companies are able to accomplish successful drilling by investing in new technologies, which has unlocked previously unreachable reserves. West Texas has undergone its fair share of booms and busts, but as long as drilling technology evolves, production will remain strong.

Despite excellent results, the landscape of the region can be unstable – ranging anywhere from 4,000 feet to only 30 feet.

West Texas has 380 drilling rigs, the most in the county. This is the most activity you’ll find in any region of the country, and for good reason.

While North Dakota has the Three Forks formation near the Bakken, the Permian has the Cline Shale – comprising multiple layers of rich shale that may contain 30 billion barrels of oil.

The Permian Basin still has over 7,000 more fields worth looking into, and drilling technology is being specifically for the region. This will not only fuel future production in West Texas, but region-specific investing could eventually benefit other parts of Texas and the rest of the country.

ConocoPhillips (NYSE: COP) and EOG Resources (NYSE: EOG) have been heavy operators in the region. Even the majors like Royal Dutch Shell (NYSE: RDS-A) and Chevron (NYSE: CVX) have been exploring for more land in West Texas. Chesapeake Energy (NYSE: CHK) has been an early explorer in the Cline Shale.

West Texas had already been pre-planned and well researched before drilling commenced; however, producers have a long way to go in exploring such a deep landscape.

Going forward, West Texas will not only be instrumental for Texas but for national production as well. The Eagle Ford and the Bakken are the most talked about shale plays in the shale oil boom, but West Texas is essentially becoming the backbone of the national energy economy.

This is one play to invest in if you’re looking for a long-term safe haven.

Banking on South Texas Oil
Keith Kohl explains why Texas is in the midst of an oil rebirth, with new technology breathing life into long-abandoned fields.
Texas Oil Exports
An outdated law makes it cheaper to ship U.S. oil to refineries in Canada. While this is good for some, domestic refiners are up in arms...
Texas' Oil Boom is Back
Keith Kohl sorts through the Texas oil boom, showing readers where the most lucrative profits will come from over the next decade...
Texas LNG Export Investing
Exxon Mobil (NYSE: XOM) is planning construction of an LNG export facility in Texas, but it's still awaiting additional DOE approval...
Hydrogen Fuel Cells: The Downfall of Tesla?
Lithium has been the front-runner in the battery technology market for years, but that is all coming to an end. Elon Musk is against them, but Jeff Bezos is investing heavily in them. Hydrogen Fuel Cells will turn the battery market upside down and we've discovered the tiny company that is going to make it happen.