Peak Oil is Past Tense

Exxon, Shell, and Aramco Admit the Peak is Real

All the easy oil and gas in the world has pretty much been found. Now comes the harder work in finding and producing oil from more challenging environments and work areas.

It is pretty clear that there is not much chance of finding any significant quantity of new cheap oil. Any new or unconventional oil is going to be expensive.

That was Ron Oxburgh, former Chairman of Shell, back in 2008.

And in the past few weeks, former Shell CEO John Hofmeister has called for $5 gas and $150 oil in the near future.

He thinks “the supply and demand fundamentals continue to point to upside price pressure... as long as the U.S. fails to contribute more production to global supply.”

Don't hold your breath. The U.S. has failed to contribute more oil production to global supply since 1970, when production peaked around 9.5 million barrels.

So I guess we're in for more upside price pressure. 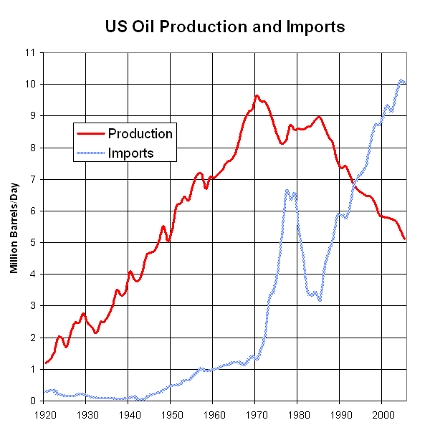 I know, I know, there's plenty of oil

Whenever Peak Oil is mentioned, some message board troll always chimes in and says something like, “There's plenty of oil.”

They'll cite shale, or tar, or offshore, or the Bakken. And yes, there's lots of oil in those places and types of formations.

But Peak Oil isn't about depletion; it's about production.

I'm sure Sadad Al-Husseini, former VP of Aramco (that's the Saudi national oil company) can explain it better than I:

World reserves are confused and in fact inflated. Many of the so-called reserves are in fact resources. They're not delineated, they're not accessible, they’re not available for production.

You see, a trillion barrels of “reserves” — or two or three or ten — doesn't do us a bit of good if we can't get to it fast enough.

And according to the guy who was once in charge of oil operations for the country with the most reserves, reserves are inflated — and not accessible or available for production.

Just consider the U.S., where 3.65 billion barrels are “technically recoverable” from the Bakken formation...

That doesn't change the fact that production peaked in 1970, and will never again get to the 9.5 million barrel per day level it once was.

Good to the last drop

And as production gets harder and harder (deeper and deeper, more energy intensive, more costly, under thicker rock, slower, etc.) what's left will be worth more and more.

It's happening, folks, faster than anyone would like to admit.

In 2007, the International Energy Agency said the world's existing oilfields would decline at a 3.7% clip. By 2008, the same agency doubled the forecast decline rate to 6.7%

Then in 2010 — for the first time — the IEA actually acknowledged peak oil. In its most recent World Energy Outlook, the IEA concludes:

The era of cheap oil is over. Each barrel of oil that will come to market in the future will be much more difficult to produce and therefore more expensive. We all... should be prepared for oil prices being much higher than several years ago.

Those more difficult and more expensive barrels will be coming from unconventional sources, which the IEA thinks will play an “increasingly important” role in future world oil supply through 2035.

That means a quarter century of easy profits from companies with the technology to get those difficult barrels.

Peak Oil is here, or rather, was here in 2006. And it really doesn't matter whose analysis you prefer: 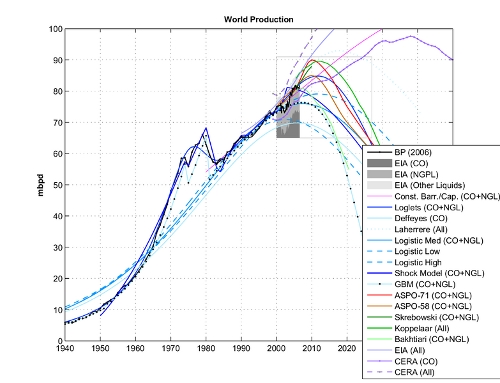 And if you don't want to be reeling in pain from increased costs at the pump and the store, you've got to invest in companies that will profit from exploiting unconventional sources of oil.

This new presentation is your guide to getting started.