OPEC is bleeding out, and this time it may be terminal.

Granted, members of the oil cartel have been at war with each other since the organization was created 56 years ago. 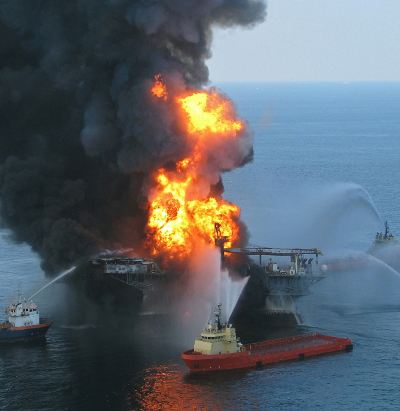 By not coming to a deal — or even an agreement on production caps, for that matter — OPEC essentially signed the death warrant for members like Venezuela and Nigeria, which are among the hardest hit by low oil prices.

And let's keep in mind here that the Algeria meeting was “informal” anyway, so even if they had come to an agreement, we would have to wait as OPEC finalized it.

It's a mess to say the least.

Cutting Back Too Much?

It seems like everything except global supply has been slipping since the summer of 2014. Even the massive shale boom was finally put on ice, with U.S. output falling to 8.7 million barrels per day in June.

Needless to say, anyone with a dime invested in oil has been biting their nails as U.S. drillers do everything they can to survive until the next bullish cycle.

And we also can’t help but wonder if Big Oil is in a full-blown panic...

Oil majors ExxonMobil and Chevron have each cut 2016 budgets by about 25%. Total and Sinopec cut 15%, and Saudi Aramco may be on sale to raise money within the year (its fields aren’t part of the deal, mind you).

Of course, the doom and gloom crowd couldn’t be happier. After all, if Big Oil can't afford to keep drilling, who can?

Our outlook over the long term has never been stronger!

While the supply-side issues are being worked out, there’s no shortage of demand. Americans are using more gasoline than ever, and the U.S. is consuming close to 20 million barrels per day right now:

But let’s be fair here: nobody is expecting U.S. demand to surge.

All eyes are on China for future demand growth. And despite the IEA’s latest bearish outlook, China’s oil consumption is expected to increase by nearly half a million barrels per day this year, with 90% of this growth coming from the country’s household consumption.

My colleague Christian DeHaemer laid out several reasons why you should be buying, and here are just three of them:

Keep in mind that even the Saudis can’t afford to play hardball for much longer.

As it is now, the House of Saud is scrambling to cover the $100 billion budget deficit it saw last year.

And if you can’t tell by now, the Saudis are pulling every trick out of their playbook to avoid cutting spending on their lucrative social programs.

The most recent cut to the country's spending has been in the pay of its highest-ranking officials by 15–20%, and that’s on top of reducing their benefits.

This was probably the safest move they could’ve made...

Saudi citizens are already reeling from having to pay more for gasoline ($0.16 a liter is outrageous!). Moreover, their electricity and water bills are ever climbing.

Now, OPEC has been saying for years that all of its members were committed to monitoring the state of the market and reacting to any big changes.

The group can monitor all it likes, but until definitive action is taken (not the war of words that is played out in the media every day), every member will feel the sting of low crude prices.

The Long Road to Recovery

Even today, as the meeting in Algeria is officially underway, the Saudis are softening their harsh rhetoric, suggesting that there might be some wiggle room for Iran and Nigeria to boost production.

However, you can’t ignore the reality of the situation: the world is hopelessly addicted to oil.

Here’s some simple advice: don’t wait around for OPEC to fix the situation (spoiler alert: they won’t). Fortunately, you don’t have to look far to play this long recovery... you just have to pay a little more attention to what’s going on closer to home.

I’ll have more for you on this next time.