What will these oil producers do with Iran's supply in the mix?

Since the nuclear deal with Iran went public this week, the price of oil on the global market has been erratic. Lows were caused by worry that Iran's oil would add to the glut, and highs were caused by the realization that it will take a while for any of the effects to really be seen. 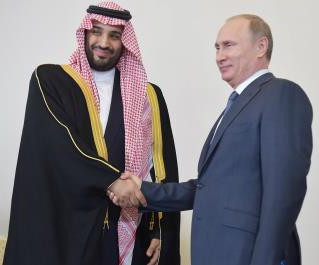 Russia and Saudi Arabia, two of the world's biggest oil producers, are not concerned in the least about Iran's oil hurting global prices.

“The prices will be determined by the production costs of shale oil,” says Russian Energy Minister Alexander Novak.

Russia has been meeting with members of the Organization of Petroleum Exporting Companies (OPEC) regularly over the past year to discuss the global market, and the cartel has yet to decide on a production cut to raise oil prices above $100 as they were last year.

Last month, this meeting concluded that a production cut was not necessary; the global market will balance itself out, according to OPEC, led by Saudi Arabia.

Their next meeting will discuss global markets with Iranian oil in the mix. However, neither OPEC nor Russia are expected to make any cuts to their own output.

It is no small wonder that neither country is concerned about Iran joining the market once again. Their meeting on July 30, 2015 will decide if any action will be needed nonetheless.