Come on, don’t tell me you don’t see it coming. With the next meeting of OPEC ministers slated to take place in Algeria, right now is when the fiery rhetoric will begin.

And from the way things look, it appears that Algeria will end up as nothing more than another Doha.

The sides haven’t changed, either: it’s another showdown between Saudi Arabia and Iran.

Will they cut or will they quibble? 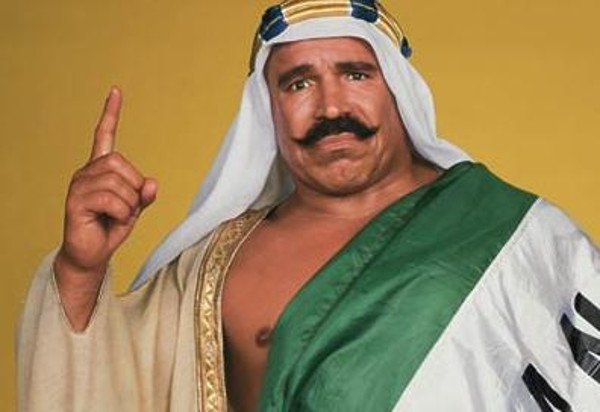 Believe me, you’re better off betting on the latter. Despite the fact that Iran has promised to attend (oh, don’t worry — they can always back out again at the last minute), there’s no feasible way the country will agree to a production freeze.

Why would they? Not only are the Iranians still struggling to reclaim their pre-sanction market share, but they have a long and rich history of stabbing their fellow OPEC members in the back.

And while those two continually one-up each other’s threats in the media, Iraq recently threw its hat in the ring after releasing plans to boost oil output ahead of the meeting in Algeria.

Right now OPEC is nothing more than a snake eating its own tail.

Take a second and let that sink in.

The bickering, in-fighting, and posturing taking place among members is the clearest sign we’ve had to date that the oil cartel may be in its final days.

What’s worse is that they know it, too.

In order to free up more crude oil to export, Saudi Arabia is turning to other sources. Remember, more than half of its electricity comes from crude oil.

So it’s not by happenstance that the Saudis announced an ambitious $100 billion investment plan in renewable energy projects in a desperate attempt to increase generation to 41 gigawatts by 2040. Even Saudi Arabia’s target of 9.5 gigawatts of renewable energy by 2023 was being hailed as a game changer back when it was reported in May.

And then reality set in...

Shortly after announcing these bold plans, the kingdom’s Energy Minister backed off in eye-opening fashion.

Now, instead of accounting for 50% of Saudi Arabia’s energy mix, solar’s share is only expected to be around 10%.

So much for wishful, sunny thinking.

Yet we already know which way the Saudis will pivot for a more realistic approach — the NEW plan involves shifting to natural gas.

It’s a smart choice, isn’t it? After all, natural gas makes up about half of the country’s current energy mix, and the Saudi Royal family is about to double down — with natural gas expected to take on 70% of the kingdom’s energy burden!

Unfortunately, there’s a slight rub in this story.

Natural gas projects in the Saudi Kingdom can take years to develop before they start to see production.

Of course, this isn’t the first time the Saudis did an about-face on renewable energy.

Maybe you remember last year when they pushed back their timeline for a $109 billion solar plant by nearly a decade?

Look, forget the shady reserves. Ignore the rampant cheating on quotas that OPEC members were notorious for in the past. You don’t even have to get worked up over the lack of transparency from Saudi Arabia’s oil fields.

The bottom line is that if the Saudis fail to address the issues surrounding their own energy consumption, the situation will turn to chaos in a heartbeat.

To some, it’s only a matter of time before this crisis engulfs them.

More important, however, is that the Saudis' downfall will reap a windfall for a very small, select group of investors that are positioning themselves in key areas as you read this.

Oil Price Forecast Thru 2017: Part 1
Energy and Capital editor Keith Kohl gives readers a look at what oil prices will look like through 2017.
Oil Price Forecast Thru 2017: Part 2
Energy and Capital editor Keith Kohl concludes his oil price forecast thru 2017 with a look at OPEC and demand trends that are turning investors bullish.
Nuclear Outlook Thru 2017
Energy and Capital contributor Megan Dailey explains why you should ignore the stigma behind nuclear energy and start investing in its recovery right away.
Three Reasons Oil Will Break Higher
Energy and Capital editor Christian DeHaemer gives three solid reasons why, when the oil breakout occurs, it will be to the upside.
Hydrogen Fuel Cells: The Downfall of Tesla?
Lithium has been the front-runner in the battery technology market for years, but that is all coming to an end. Elon Musk is against them, but Jeff Bezos is investing heavily in them. Hydrogen Fuel Cells will turn the battery market upside down and we've discovered the tiny company that is going to make it happen.