The world's biggest oil exporter may be cutting its own use of the product in lieu of a newer, cleaner energy source. 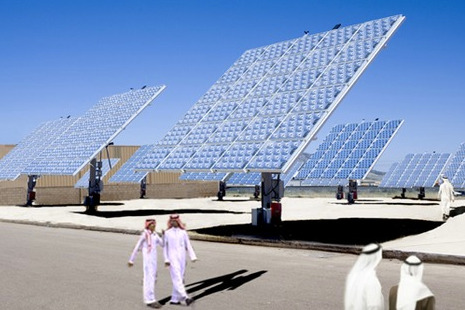 Saudi Arabia currently has 50 gigawatts of electricity being produced from solar power; and with a 25% capacity factor, that could rise to 200 gigawatts in the future. The country already has a renewable energy plan worth $109 billion by 2040.

Of course, the Saudis are also setting themselves up to be one of the top 5 solar producers as well—there's even already talk of exporting excess solar electricity.

But this isn't just a matter of taking over a new market; Saudi Arabia needs this new power supply if it hopes to keep its market share in oil.

As we mentioned in another blog, the country's oil consumption has been rising. Its population has grown 12% in just the past 4 years, and the past decade has seen a rise of 53% for oil consumption and only a 5% rise in production to meet all that need.

At this rate, Saudi Arabia could be a net oil importer by 2038, according to a Chatham House paper published recently. 55% of the country's electricity comes from oil currently, but an even bigger part of its revenue comes from exporting the product.

Solar power is the answer to this energy problem. With more power coming from renewable sources, Saudi Arabia can cut domestic consumption and increase their export profits again.

Companies like First Solar (NASDAQ: FSLR) and SunPower (NASDAQ: SPWR) are poised to take advantage of Saudi Arabia's energy needs. The two companies expect to have 4 gigawatts of solar energy production between them, and both could profit from even a small amount of that energy going to Saudi Arabia.