All good things must end.

In OPEC’s case, the good times ended a long time ago.

You and I saw this coming, didn’t we? All of the internal disagreements among members have not only weakened the world’s most powerful oil cartel, but their bickering has erupted into full-blown skirmishes.

Well, this squabbling is finally taking its toll, and the cartel is in worse shape than we thought.

If you thought political turmoil in Venezuela and the shunning of Qatar were already signaling the end of OPEC as we know it...

You ain’t seen nothing yet.

Cut Off the Head

A social breakthrough no one saw coming!

Too bad they won’t be able to enjoy the extraordinarily cheap gasoline in the kingdom for very long.

It’s also largely, if not entirely, motivated by the financial stimulus the country will get by allowing the other half of its population to drive unhindered.

Consultancy group Facts Global Energy estimates that an increase of just 10% in female drivers could boost domestic gasoline demand by 60,000 barrels per day.

Moreover, families all over the country can now fire the family drivers once necessary to chauffeur female family members around.

That puts as much as $8.8 billion per year back into the hands of middle-class Saudi families, according to an estimate by Saudi economic news service Maaal.

$8.8 billion in new spending plus higher oil demand... it’s nothing to sniff at.

And Saudi Arabia needs it more than ever.

You see, the country has been reeling since before the oil crash in 2014. 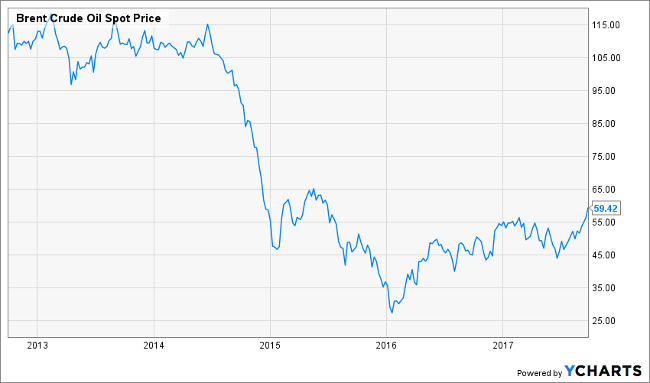 Riyadh’s extreme spending on a number of lavish social programs already put the kingdom’s riches at risk, and that's when oil prices were over $100 per barrel!

When oil prices dropped to half that — and stayed there — Saud Arabia really began to feel the squeeze.

You see, 42% of Saudi Arabia’s GDP comes from oil exports, which account for almost 90% of its annual budget!

You can see where this is going...

Back in 2015, a year after Saudi Arabia ignited its oil price war, the country reported a budget deficit of 15.9% of its GDP.

A year later, the deficit dropped to 13% of GDP, and recent developments have sent the kingdom back into a recession.

And the road to recovery is shakier than the market realizes...

Russia, Kuwait, and Iran are all exporting more crude to China and India now, while Saudi Arabia’s own rising oil demand is limiting how much oil is available to export.

And the House of Saud may only have one chance to save itself.

Saudi Aramco to the Rescue

The long-awaited IPO of Saudi Arabia’s massive oil company Saudi Aramco is right around the corner, and analysts are expecting big changes to come along with it.

For one thing, Aramco would not be a part of OPEC’s price-fixing action anymore.

With international investors finally having a stake in the oil giant, new regulations would come into play were Saudi Arabia to use the business to control global prices.

For another thing, the IPO will make Saudi Arabia the only OPEC member to have its national oil company listed on international stock exchanges.

Will this cause more tension in the group?

I’m almost certain of it.

But at that point, it won’t matter either way.

The IPO will be valued between $1 trillion and $2 trillion right out of the gate. Now add to that the fact that the Saudis have had to shoulder most of the cartel’s oil cut and the utter disarray that other members’ oil industries are in currently (Libya, Venezuela, and Nigeria immediately come to mind).

How much more will the Saudi royal family take before they call it quits?

This wouldn’t be the first time this idea has cropped up, either.

The country threatened to leave the cartel it had run so faithfully for more than 60 years back when the production cut was first introduced.

If the threat wasn’t real then, it is now.

And I doubt if OPEC could stand to lose the last shred of interconnection it’s got left.