It was nice to gas up my car the other day for only $1.98 a gallon. Given that I drive a small Subaru, I filled up my whole car for about 20 bucks. That was good for my wallet, but not a good sign for oil investors.

Headlines right now are all about oil's drop in price, the bear market it's in, and the new oil glut that's hit the market. But it's not actually as bad as everyone's saying. I see a bright future for oil.

Oil has had a rough ride recently. Prices shot up to $115 a barrel in 2014 and then dropped down to $26 in February of this year... That's right, you could get a barrel of oil for the cost of a pair of cheap shoes. We had an oil glut.

Oil slowly rose in price as the glut receded and demand for it rose, and we hit over $50 a barrel not too long ago, but now prices are sliding again. Saudi Arabia, the second-largest oil-producing country in the world, has decided it wants out of the oil game... so it's flooding the market with oil, wanting to make a quick turnaround to invest back into non-oil sectors of its economy. This is one of the reasons oil has slid and is currently at $39.92.

With the drop in prices, we're actually not telling you to get out of oil, but get into it. Oil is currently priced low, which is why it's a great time to buy.

Buy low, sell high is the name of the game.

Furthermore, small oil exploration companies are selling at a steep discount right now — some for just over the cash they have on hand.

Now is the time to buy. There are a lot of factors that show oil is going to jump again, not the least of which is that emerging oil markets have actually performed better than the S&P 500 over the past six months. 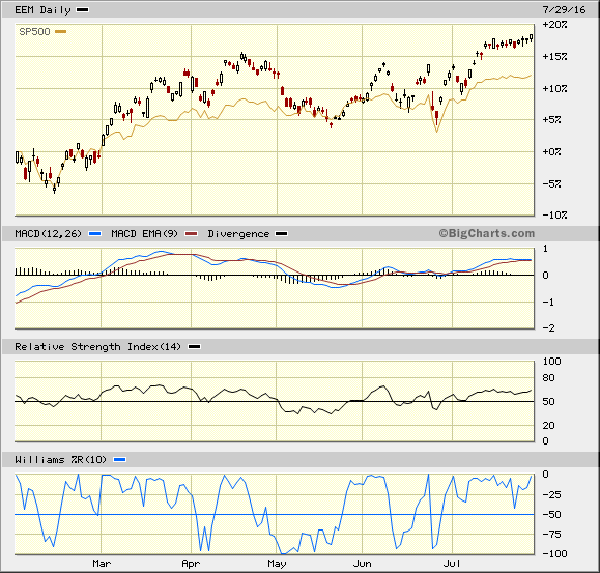 The dollar is currently going strong, but that's not expected to continue. The Fed's refusal to raise interest rates shows that it doesn't believe the dollar is going to stay strong long enough for a rate hike to be feasible, and many analysts think there isn't a chance of a rate hike till 2018.

This is actually good for oil, because whenever the dollar falls, commodities like oil rise, and that's exactly where we're headed.

Bloomberg has reported that an average of 20 analysts think oil is going to average $57 a barrel in 2017. Why? One simple reason...

Yeah, currently we have another glut, but soon, oil companies won't be able to invest any more money into oil.

Yet, with oil companies’ capital expenditure reductions set to reach $1 trillion by 2020, Simon Flowers, the Edinburgh-based chief analyst at Wood Mackenzie Ltd., said there’s a “ticking time bomb” that will eventually push prices higher... The lack of investment “will have a big impact on global supply," said Van Cleef, who forecast Brent will reach $70 next year.

The market is going to realize that there won't be an oversupply for long, and this is sure to drive prices higher. Oil companies are going bankrupt and can’t get any more loans — fewer producers equal less supply.

Also, auto sales have soared recently to 17.88 million in July, up from 16.61 million in June. SUV/Crossover sales were up as well, with over 3 millions SUVs/Crossovers sold in 2016.

As everyone knows, SUVs guzzle down huge amounts of gas, and drivers are always refilling their tanks. This is going to lead to higher demand, and with fewer companies able to provide the oil and gas needed, those still in the game are going to be able to raise their prices, which will cause oil to jump... and your profits to soar.

Be on the lookout for more oil updates over the coming months. Invest now, because you're going to wish you had once 2017 rolls around and oil comes back.