Written by Christian DeHaemer
Posted May 15, 2017

The jump in oil price was due to Russian and Saudi Arabian oil ministers saying they favored a nine-month extension to reduced OPEC output quotas.

That price jump has also taken crude back above its support line. A breakout back above it means the long series of negative technical signals on oil is now being reset. 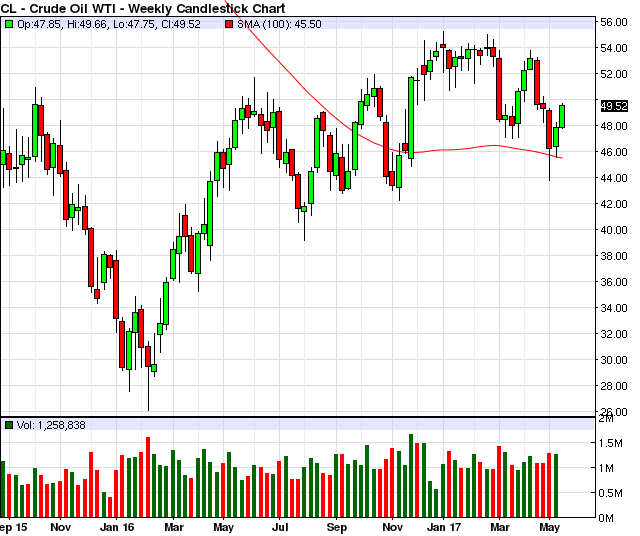 This bullish news for oil prices comes on top of last week’s surprisingly large drawdown in crude inventories. The American Petroleum Institute reported the largest draw in inventories since January at 5.789 million barrels.

In the same report, gasoline production averaged 10.1 million bpd, up from 9.8 million bpd the week before. This is the ramp-up we see every spring as millions of Americans get set to take their Suburbans to Disneyland.

Every year demand increases by more than 1 million barrels per day between the first quarter and the third. This is often referred to as summer driving season. This year, with gas prices low and total miles driven hitting new record highs, the demand for oil should also set records. 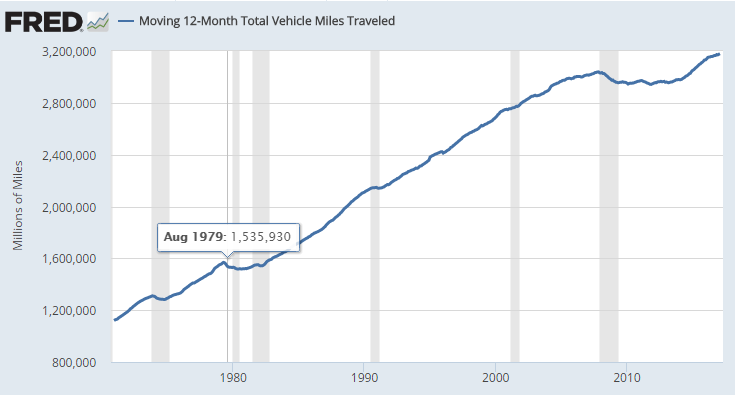 The Saudi and Russia joint announcement comes before the official May 25th OPEC meeting. After Sunday’s announcement, the market now believes OPEC will continue its cuts.

Given the current state of those countries' finances, they really have no other choice. Saudi Arabia has lost over $200 billion. Russia has lost about the same in terms of foreign currency reserves and now has about $400 billion.

With OPEC cuts in place, the price of oil will likely head to around $55. If OPEC plus Russia stick to their guns and we get any sort of international incident in Libya, Iran, or Iraq, it could send prices into the high $60s.

This is why over at Crisis and Opportunity I’ve been buying assets in the Permian Basin, one of the top-tier, low-cost production area in the United States. Some companies are producing oil at $36 a barrel.

The Permian is booming. There were nine new oil rigs added last week, which brings the total number to 712 — is the most since April 2015.

Another factor is that Saudi Aramco, Saudi Arabia’s national oil and gas company, is planning an IPO for early next year. It is slated to go public with a market capitalization of $2 trillion. This will make it the most valuable company on Earth — at more than twice the size of Apple.

There are a great many wealthy, powerful people and institutions that stand to make money if it is successful. These people want the oil price high.

Next week I will be going to the Iran Oil Conference in London to both get a firsthand account of how the UK is faring after Brexit and see if we can find some opportunities in Iraq/Kurdish oil.

I remain long and strong on hydrocarbons.