The Oil that Never Was

That didn't take long, did it?

Not even a week passed before the Department of the Interior squelched almost two million acres of federal land slated for oil shale development.

The area — part of which was made available during George W. Bush's final days in office — is home to the world's largest oil shale deposit: 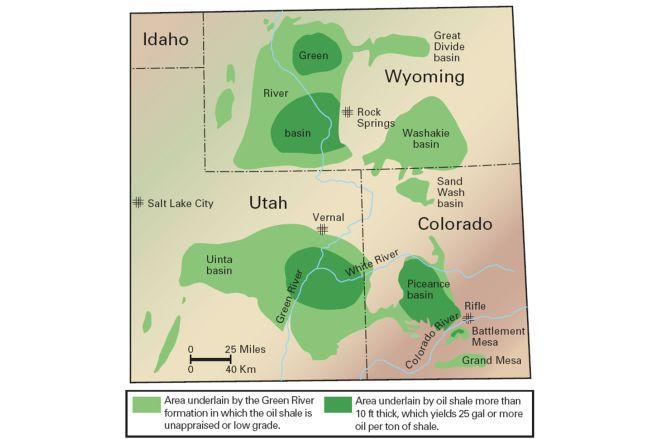 So, who's to blame for the federal government effectively roping off such a huge area set aside for new energy development?

I'm afraid the villain is far more insidious than our reelected president... 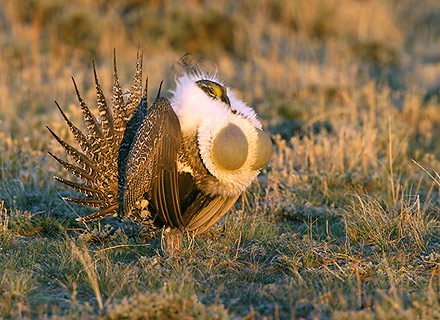 Is that the smug look of a bird that knows it's blocking the development of a trillion-barrel resource?

Part of the Interior Department's excuse for the closure was "wilderness characteristics," specifically that we would disturb the grouses' habitat.

Now, I won't get into the preservation of natural vs. development of energy resources debate today, but I have to say we couldn't be happier with the president's latest call in the energy game.

The way we see it, closing that land to development is a non-issue.

I told my readers years ago how easy it was to get lost in the numbers when it comes to oil shale resources in Utah and Colorado. That much hasn't changed in the least, and the latest election cycle may have caused even more confusion surrounding these resources.

But I guess that's to be expected when the words "trillions of barrels of oil" are tossed around in mainstream vernacular...

The truth is we're not even talking about oil.

When someone tells you there are over 800 billion barrels of recoverable oil out West, you have to take it with a grain of salt.

What the region holds is a massive amount of kerogen (which would explain why oil shale is also called "kerogen shale").

Perhaps if it was a bit deeper and had a few more million years to stew, we'd have something different on our hands... but we don't.

What lies underground is not the crude that many politicians and media outlets would have you believe.

This misconception is all too common, and buying into the political rhetoric would have you believe this “oil” production is right around the corner.

Just take a look at this piece from the Berkley Gazette:

Oil-shales are of great economic importance and interest to the states in which they occur. When the shale industry begins to reach the magnitude of the present status of petroleum production, the number of miners alone required will be comparable with those employed in the nation's col mines, an average of 750,000 men...

The enormous capital to be invested in the shale industry will add to the wealth and taxable properties of the states in which the money is invested.

In other words, dear reader, the same oil shale hype shouted from the rooftops by the "Drill, baby, drill" crowd is the same spin on a (nearly) century-old story... and it's coming from the same side that brought us such favorite hits as "We Swear ANWR Will Solve All of Our Energy Problems" and the even more popular "Let's Drill for Oil in the Florida Everglades."

All of the Above — Within Reason

Because while Obama was busy denying the land in the map above to the Fed, the Bureau of Land Management actually opened approximately 677,000 acres for development.

Yes, it's far less land than Bush originally put on the table — but the real problem won't be the amount of land or its location.

No, the real problem will be how to economically extract it.

Bear in mind none of this means we'll futilely chase an energy resource that takes nearly as much energy to produce as it produces...

Nearly-endangered birds and campaign slogans aside, if we have any hope whatsoever of becoming energy independent (and that's a very serious 'if'), the land that Obama closed off to development will have absolutely nothing to do with our energy production for decades to come.

The unconventional oil and gas surge doesn't depend on a miraculous breakthrough in oil shale extraction, but rather tight rock formations and offshore plays.

Obama may be criticized for holding back oil shale, but he's certainly sticking to a reasonable all-of-the-above strategy.

A week before the oil shale announcement, the Department of the Interior reported that more than 20 million acres would be up for grabs in the Western Gulf of Mexico. That's on top of the all-out development taking place in tight oil plays like the Bakken, which accounts for over 98% of North Dakota's total production.

That isn't wishful thinking over a resource that might be economically viable in 50 years...

It's light, sweet crude that's being pumped into U.S. markets right now — and these are the companies behind this boom.