I've told you before that an oil recovery is inevitable.

Now, it certainly isn't easy to hold onto that outlook for some people, especially in the aftermath of OPEC's (and by "OPEC's," I mean Saudi Arabia's) decision to maintain output levels. The group also failed to agree on a production ceiling.

As it stands now, two things need to happen for the Saudis to capitulate and agree to cut output by about one million barrels per day.

Spoiler alert: Neither will happen in the foreseeable future.

The rumor floating around during the meeting was that the Saudis were willing to make the one million bbls/d cut if Iraq agreed to freeze output and non-OPEC countries like Russia (along with Iran) also agreed to lower output.

I can hear Putin laughing from Baltimore.

Of course, OPEC's decision last week was just too much pressure for crude prices, which broke through the floor of $40 per barrel over the last few days.

But like I said, we're at the bottom of the barrel here, and there are plenty of reasons to pick up some value...

Let me start off with a little reminder that we're finally starting to see the effects that the low oil price environment is having on U.S. output.

In fact, much of the growth in oil production we've seen this past year are directly the result of investments that were committed to projects before oil prices began collapsing in late 2014.

And make no mistake: That growth will be stagnant in 2016. 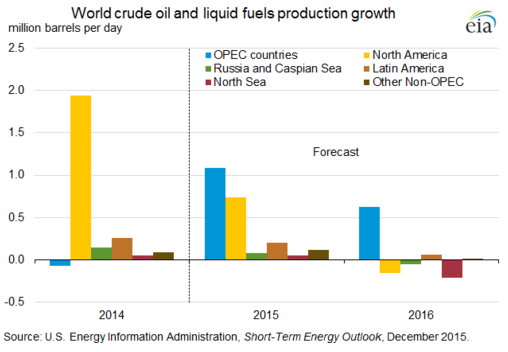 In November 2015, the EIA reported that oil output in U.S. fields declined by 60,000 barrels per day over the previous month. Output from the seven largest shale plays in the United States is projected to decrease by 118,000 barrels per day in December.

What were we expecting to happen?

After all, more than 1,000 rigs in North America have gone idle since. Right now, more than three-quarters of the current oil and gas rigs in operation are drilling horizontally, the telltale sign of tight oil activity.

Still think you're missing out on something?

Well, it's very possible that you are.

It's been a year and a half since oil prices started to fall, and there should be no doubt in your mind whatsoever that we're at — or very near — a bottom for oil prices.

The thing is, there's a factor that most of the investment herd isn't taking into account: reality.

Recognizing that fact will help you see the buying opportunity before you...

No matter how many bearish headlines you see pop up nowadays, always keep the image below in mind: 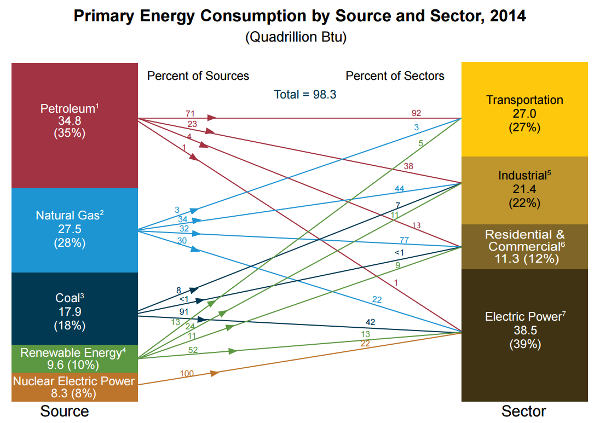 First, it's important to recognize the petroleum hole we've dug ourselves into.

Not surprisingly, the U.S. really is addicted to cheap energy, and despite the admirable push for renewables at the moment, the cold, bitter pill to swallow is that replacing our fix for oil isn't going to happen overnight.

It's not going to happen next year or even two decades from now. In fact, U.S. oil demand has been steadily growing for a long time.

And believe me: Cheap oil prices will only push that crude fix higher. The EIA reported that U.S. petroleum demand reached 20.27 million barrels per day during the first week of December 2015.

We're not alone, either. Platts recently reported that China's oil demand rose nearly 8% year-over-year in October 2015. Demand is also expected to increase approximately 5.6% in 2016 compared to this year.

Fortunately, we're not completely locked out of winners in the oil patch — you just have to know where to find them.

And yes, there are strong upsides to certain players in the sector, especially if crude prices don't rally until the latter half of 2016.

Where's the first place to look? Start with the refiners, who find themselves with an incredibly cheap feedstock for their products. Valero (NYSE: VLO) shareholders saw their value jump 50% over the last 12 months.

But even though you can ride out the short-term volatility by picking your horse in the downstream sector, those refiners aren't the only investment gems available. Over the next few weeks, we'll delve into more guaranteed winners to play until the oil market recovers.