Tesla and SolarCity fight back against increased rates.

Net metering has been a boon to rooftop solar systems since the technology became available to the public.

If you don’t already know, net metering is a program in which homes with rooftop solar in place get charged a monthly fee for being connected to the local electricity grid, but are also paid back for any energy they don’t use and instead send back into the grid.

Nevada, home to the growing Tesla Gigafactory, has seen quite a few installations in recent years. But it has also been facing some new challenges to the process…

Now, this does coincide somewhat with the decrease in federal solar tax credits: 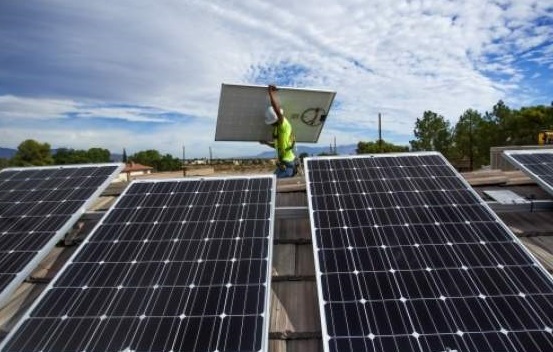 between now and 2020, those credits are due to be slowly phased out.

However, this represents a double-whammy to solar rooftop owners. Now, not only will new installations be offered less tax credits for the clean energy production, but they will also be charged more by the Nevada Public Utilities Commission (PUC).

Tesla, which has been offering its home Powerwall batteries in tandem with SolarCity’s rooftop installations for several months, has taken obvious issue with this rate increase.

The company’s vice president of business development Diarmuid O’Connell notes, “the change… provides no incentive for customers to alter their energy consumption behavior to support the grid and lower overall costs…”

Essentially, the benefits to both the solar rooftop owner and the local grids to which they would be connected may be wiped out by these new higher rates.

The decision isn’t set in stone yet, however. Tomorrow, the PUC is meeting to decide the fate of future solar rooftop customers. The group will also have to consider whether or not to grandfather in older customers — those whose systems were installed or approved to be installed before the PUC’s original decision — at the lower rates for at least 20 years.

While solar energy cannot survive forever on tax credits and net metering options, the removal of both may severely slow the growth of the clean energy source.