After the state’s new energy policy passed two weeks ago, the regulated utility and natural gas companies of Connecticut wasted no time encouraging the use of natural gas. 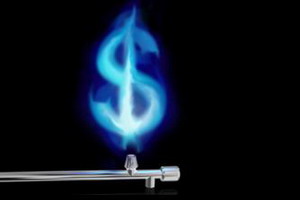 On Monday, the companies said the plan would expand service to roughly 280,000 new utility customers over the next ten years, a number that would increase present service by more than half.

They are asking the state to approve and finance the utility project.

If the state agrees, it could mean major saving to residents of Connecticut. As prices are today – and they're not expected to change dramatically in the future – the price of natural gas is less than half the price of home heating oil.

Another big plus – natural gas is also a much cleaner-burning than alternative petroleum-based fuels, so it emits less greenhouse gas into the atmosphere.

The state policy that brought the three utilities together with a plan that meets Governor Dannel P. Malloy’s Comprehensive Energy Strategy enacted in House Bill 6360 is set to spur the use of natural gas by Connecticut residents in the residential, commercial, and industrial sectors.

Included in the group strategy will be a marketing plan that collaborates with state agencies to offer rebates and other incentives to help entice customers to switch to natural gas.

The utilities would also offer a reduced cost of connection to customers who are located near existing service lines. And there is a suggested new procedure that would service interested parties who are further away from main gas lines but still reward them with a reduced price to connect.

To round out the proposed plan, included is what the utilities refer to as “creative tools” to aid and fund conversion costs and proposal strategies for ways to pay for additional pipeline capacity that would stretch from existing interstate gas lines.

DEEP says natural gas supplies are within 75 miles of Connecticut borders, which is relatively close, and natural gas in Connecticut, which lags behind surrounding states, needs to be perpetuated.

Installing gas lines is vital to making that happen. But it’s also expensive. The government’s energy strategy would coordinate any road construction that includes the installation of new lines.

The two pipelines that service the state – the Algonquin and the Iroquois pipelines – have a close eye on the utility proposal. Spectra Energy (NYSE: SE), owner of the Algonquin gas line, is already in early stages of expansion.

Yankee Gas, a subsidiary of Northeast Utilities (NYSE: NU), estimates its capital spending would be $35 million next year, according to Bloomberg Businessweek, and roughly $96 million in 2015 and 2016. The Southern Connecticut Gas Co. will be spending $61 million in the next three years, and Connecticut Natural Gas expects its spending to be about $47 million in the same time.

Clearly, they’re all in on a statewide conversion to natural gas.

The utilities claim that numerous requests pour in from potential customers who want to switch to natural gas, but as things stand, they have to turn away good business..

If the plan is implemented, Yankee Gas would stand to gain about 85,000 new customers, a 40 percent increase from its present customer base of 213,000. The goal is to reach 50 percent.

Southern Connecticut and Connecticut Natural Gas are both part of UIL Holdings Corp. (NYSE: UIL), and it expects customers to rise by two-thirds to 540,000.

But that’s only if the proposed plan turns into action.

The utilities have asked regulators to approve new rates that would distribute the cost of hookups over a 25 year period. Right now, Yankee charges ratepayers over 15 years, while the other two take 20 years.

New legislation that would allow for a 25 year change in rates would allow the utilities better security in financing projects in the long-term. This in turn would foster greater investment.

Now is the Time

Oil is the primary home heating fuel in the U.S. Northeast, but with the boom in domestic natural gas production that has pushed prices down, the switch is inevitable, and there isn’t one single reason to wait.

Sure, smaller home-heating oil companies have had to bite the bullet on rising oil prices, and they complain that Connecticut is promoting unfair competition, but that’s the nature of the beast – natural gas is the future. No one is twisting anybody’s arm and telling customers they have to convert.

What’s Connecticut to do? Let residents continue to pay higher prices while the rest of the nation turns to natural gas?

Right now, only about one-third of Connecticut homes are using natural gas. In contrast to surrounding states, Connecticut had 494,970 gas customers in 2011, according to the U.S. Energy Information Administration. Massachusetts had 1.4 million, New Jersey 2.6 million, and New York 4.3 million.

This new proposal marks the first time Connecticut will be given a real opportunity to join the ranks of its neighbors.

The DEEP has 30 days to comment on the plan. After that, PURA will have 180 days to make a final decision on the proposal.