Natural Gas Outlook: 2018 and Beyond

The most important moment in the history of natural gas occurred on November 10, 2004.

After all, he is the father of natural gas.

Normally, I would tend to agree with that argument. However, something happened on November 10th that changed the face of the U.S. natural gas industry forever.

That day, Range Resources drilled the first well in the Marcellus Shale.

And it’s the Marcellus Shale that has singlehandedly propped up the United States’ natural gas supply.

Now, I understand Texas is our largest natural gas producer. In June 2017, approximately 565.7 billion cubic feet of natural gas was extracted from beneath Texas soil. That accounts for one-quarter of our total marketed gas production.

But let’s be fair; Texas has dominated U.S. energy production for more than a century. In fact, marketed gas production from Texas has actually declined since December 2014.

Pennsylvania is a different story.

Up until 2010, natural gas production in the Keystone State has been essentially nil.

It wasn’t until the Renz 1 well was drilled that companies started to realize the potential blockbuster play that was at stake.

Once that first well was completed, it was only a matter of time before the Marcellus was unlocked and tapped.

Between 2010 and 2016, natural gas production in Pennsylvania soared, and it seemed as if nothing could slow it down:

But this surge in supply has had several effects, not the least of which is the fact that production growth in the Marcellus has masked output declines virtually everywhere else.

Let me show you just how huge of a role shale gas plays in our current supply picture: 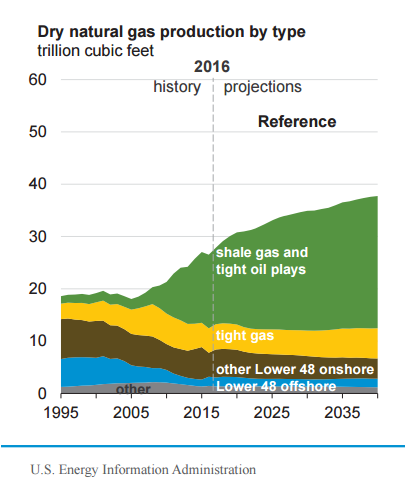 This new supply, however, also led to a massive supply glut as drillers started digging wells at a frenzied pace.

Meanwhile, natural gas spot prices at the Henry Hub are also expected to rise next year, averaging $3.29 per MMBtu in 2018. 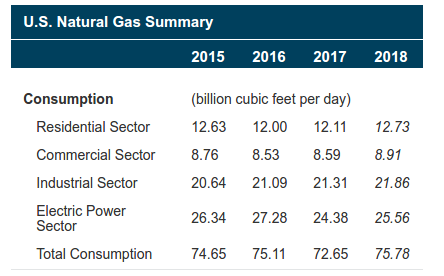 Yet the U.S. natural gas market is only one piece of the picture here, which brings us to one serious growth catalyst for natural gas going forward: liquefied natural gas.

No outlook would be complete without discussing liquefied natural gas.

Take one quick glance at the chart below and tell me I’m wrong. 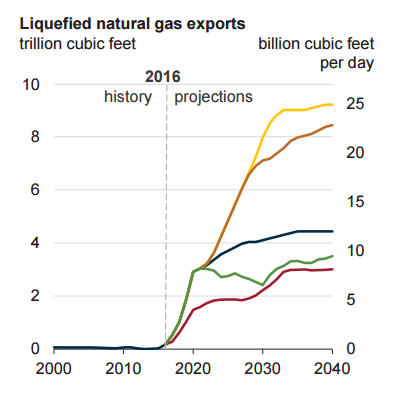 Make no mistake; THIS is how the U.S. will ultimately become a net energy exporter in just five years.

In fact, the United States could even become the world’s largest LNG exporter within a few years.

The International Energy Agency’s Executive Director, Fatih Birol, told us recently, “The U.S. shale revolution shows no sign of running out of steam and its effects are now amplified by a second revolution of rising LNG supplies.”

Although the IEA is being a little too optimistic about future U.S. shale production, there’s no denying the impact it’s having on the market.

So where’s all this U.S. LNG headed? Good question. 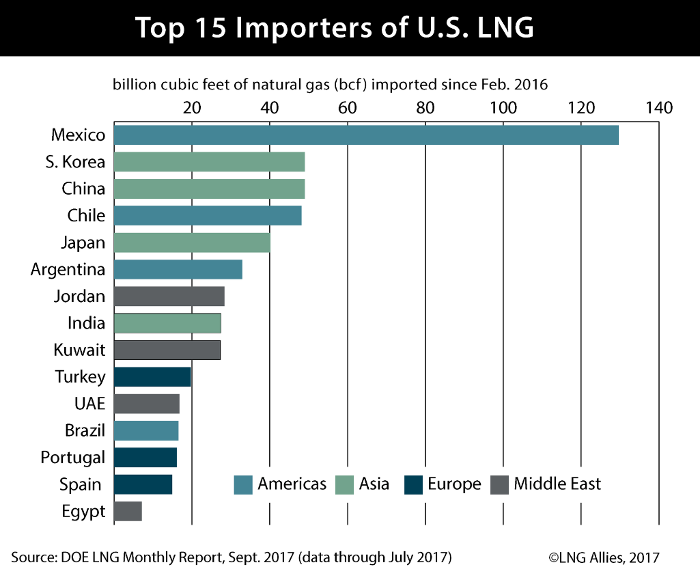 More important, our list of LNG customers is growing rapidly...

About 12 years ago, there were only 15 countries even consuming LNG. Today, that number has swelled to nearly 40; it’s only natural that the United States — the world’s largest natural gas producer — not only penetrate the LNG market but dominate it.

Catching the trend early will always give you a leg up over the investment herd.

And just to put a little visual perspective on how much LNG exports will dominate U.S. natural gas exports, I feel this chart is worth a thousand words: 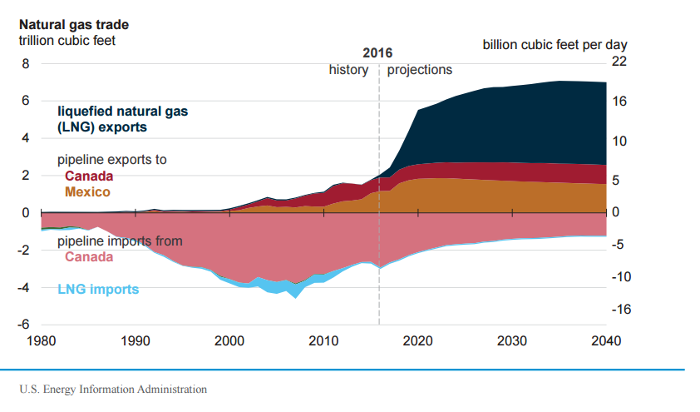 The growth explosion about to take place in the U.S. natural gas trade in the next five years is the single-greatest investment you can bank on in today’s market.

And that buying opportunity is closing fast.