Solar power is another reason to take a serious look at Mexico’s energy economy.

If you follow energy news, you’ve likely heard that Mexico is on the cusp of opening its oil economy to foreign investment for the first time since 1938.

But solar energy is also making headway in Mexico as leaders plan to further diversify the nation's energy composition. 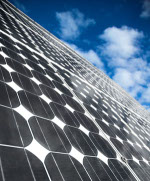 Wind and solar only comprise 1.5 percent of Mexico’s energy needs, but the government is planning to generate at least 35 percent of its power from clean sources by 2026.

However, there are drawbacks.

Mexico derives most of its clean energy from hydroelectricity. And solar is not very cost competitive in many parts of Mexico, since energy prices are 12 cents per kilowatt hour. Furthermore, Mexico does not subsidize its solar sector, which decreases the incentive for more companies to start projects.

Still, the nation is moving forward. Local companies have already obtained permits for 215 megawatts of solar plant construction around northern Mexico – where the highest concentration of solar projects are located – which would be enough to power 40,000 homes.

The Mexican government projects an increase of 2,170 MW worth of solar power by the end of this decade.

Solar power will be more conducive to a country like Mexico, since solar radiation is more powerful than in many other countries. In comparison to top solar nations like Germany, Mexico generates 60 percent more solar output.

This would create strong demand for rooftop solar installation, and the current glut of cheap panels from China has made residential and commercial purchases of solar products more economically viable.

According analysts, 3.5 million customers from the commercial sector and 500,000 residents in Mexico would benefit from solar energy. These are customers who pay very high electricity rates and consume more power than others.

While oil companies are waiting to delve into Mexico, solar energy companies are already investing in Mexico’s yearning for progressive energy.

Exxon Mobil (NYSE: XOM) is set to become one of the first U.S. foreign oil producers, but American company First Solar (NASDAQ: FSLR) has already planted a stake in Mexico with its first project. Saferay GmbH of Germany and Grupotec Tecnologia Solar SL of Spain have made similar investments.

New Energy Ventures LLC plans to construct up to 3 MW of capacity for local municipalities that pay high prices for energy.

Gauss Energia, a local company, is proposing a creative way of getting solar projects going. Known as of self-supply, it is the process of getting private companies to sign agreements in which they would agree to buy solar power at a fixed price.

The government is off to a great start through a deal with an undisclosed company that will contribute 30 MW of solar power to Mexico. The deal is pretty hush-hush, but the project will cost $91.2 million, and at the end of the 25 year agreement, the company will donate the solar farm.

A combination of these projects and self-supply agreements will help Mexico get its solar sector moving. And more companies can take advantage of Mexico’s Commission Federal of Electricity’s (CFE) Small Electricity Producers’ Program – a program that allows the state-run utility to purchase power from solar projects up to 30 MW.

There are positive gains to be made in the long-term, and the Mexican government is planting the seeds of success in the solar field.

Solar energy consumption is minimal in nations around the world, but it is still one of the fastest growing markets within the energy field. Solar manufacturers are going through subsidy withdrawal and depressed prices, but many are adapting and surviving on their own without state assistance. Solar companies are catering to high-demand markets in Asia, and Mexico could be another emerging hotspot.

And when solar prices climb back up, you’re going to see much more investment interest in solar.

Mexico’s interest in solar is a further sign that the nation is ready to open its doors to foreign energy investors – not just for renewable energy, but for oil as well.

This is great news for you because it means Mexico is showing itself to be a more diverse emerging market in the energy world.

But if you’re thinking about getting in on Mexican solar, it would be best to wait and check the status of new projects as time goes by. Though Mexico is interested in solar power, it is not the country’s main source of clean energy. And with limited demand and non-competitiveness in many parts of the country, you may want to hold off to see how solar is performing.

Still, these are positive indicators that could take solar to new heights if there are enough deals and funding to prop up the industry.