Left Out of an Energy Boom

Ever feel like you've been left out of something really big?

Well, that's how Mexico has felt for the last five years.

While the rest of North America has had tremendous success developing unconventional deposits of oil and natural gas, Mexico's been absent from this boom.

We've cataloged the surge in tight oil and gas output in the United States for years now...

But truth be told, Uncle Sam is relatively new to the party compared to Canada, where production has been ramping up for the better part of three decades. On top of production, Canada has an advantage in that they don't consume nearly as much oil as the U.S. 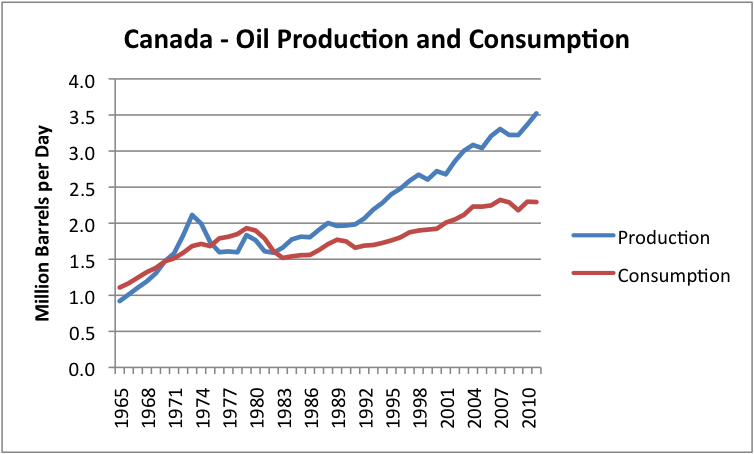 However, we're told the U.S. is well on its way to producing more than 10 million barrels per day by 2020.

And while that optimistic prediction remains to be seen, there's absolutely no question as to how things have been going since the turn of the century.

But Mexico has been left out in the cold during this whole North American energy renaissance...

Left Out of an Energy Boom

To understand why this is such a reversal for North American production, we have to remember that Mexico has a history of strong oil production.

Prior to that year, Mexico was home to one of the largest oil fields in the world, the Cantarell complex.

I've said before that the death of the super-giant Cantarell oil field was the beginning of the end for Mexico. The reason declining production is so critical for Mexico is because the government relies on Pemex (the country's state-owned oil company) oil wells to fund more than 40% of its yearly budget.

You can only imagine the crisis facing Mexico if their oil industry goes on the fritz — which is precisely what's happening as we speak.

How bad is it, exactly?

Pemex recently stated it needs to boost spending nearly 50% to nearly $40 billion this year alone in an attempt to develop unconventional resources in various shale formations and in the deep waters of the Gulf of Mexico.

So far, not much as changed as Mexico's oil exports to the United States have plummeted to its lowest level in about 23 years (click chart to enlarge):

The problem certainly isn't a lack of resources.

Take the Eagle Ford Shale as a perfect example...

The South Texas shale play has become a household name in the U.S. shale boom.

This formation actually extends south across the border — but Mexico has been unable to tap into it.

In this case, Mexico is its own worst enemy.

Those of you who have been reading Energy and Capital for a few years will recall an event that took place in Venezuela in 2007 affectionately known as Chavez's "May Day Takeover." In one fell swoop, then-president Hugo Chavez nationalized Venezuela's oil resources, seizing all foreign oil assets in the country: drilling rigs, trucks, barges — the whole shebang.

And it wasn't the first time something like this happened...

In fact, Mexico experienced the same scenario 69 years before Chavez did it in Venezuela, when the country's oil assets were nationalized, enabling Pemex was able to celebrate its first birthday.

Despite turning Mexico into one of the world's largest oil exporters, things have been a nightmare for Pemex as of late.

And rather than following the U.S. in its shale drilling endeavors, Mexico was having enough trouble preventing the Cantarell field from imploding.

In order to join the unconventional bonanza, Mexico needs help developing their shale plays. And that shift in Mexican energy policy may be right around the corner — with the first step to be granting access to these shale plays to foreign oil companies.

The good news is investors don't have to wait around for the Mexican government to get their act together...

If you've been feeling like you missed the boat on the shale boom, think again.

I know firsthand that many of you were with us when the huge shale formations like the Bakken were still in their infancy. The ensuing gains that were made as more drillers flooded the area earned individual investors a small fortune on the market...

And that's exactly what we're looking at today as a new generation of shale plays take center stage and the unconventional boom goes global.