The Best Thing to Come from Mexico Since Tacos

Oil production in Mexico started just after the turn of the 20th century in 1901.

From then until 1938, the Mexican government and foreign oil companies worked hand in hand to drive Mexico’s production to massive levels. During the First World War, Mexico produced more oil than any country other than the U.S.

But that all started to change in 1938. That’s the year Mexican President Lázaro Cárdenas nationalized the industry.

In case you’re not familiar with what happens when an industry gets nationalized, just look at tourism in Cuba or oil in Venezuela. Foreign investment grinds to a halt. And foreign expertise stops driving productivity.

That was until the past few years, when the government made the wise decision to get back in the global game and reintroduced private companies. That was in 2015, when oil was fetching more than $100 per barrel.

But then prices crashed and panic started to set in.

But that’s all changing. And it’s changing fast!

When U.S. companies started fracking for oil a few years back, the country became an oil exporter again. What’s more, it started to rival countries like Saudi Arabia for reserves and production. It led to an oil renaissance in the U.S.

And our readers here at Energy and Capital reaped the rewards. Our editors were on the ground floor of the boom. We went out and got our boots dirty investigating new finds and new technology. And we recommended investments in little-known companies that would quickly return triple-digit gains to our readers.

That’s what’s about to happen in Mexico. Before the major news organizations caught on, we were already deeply immersed in the coming Mexican “Oil Revolution.” We knew where the major discoveries were going to pop up, and we knew what companies were going to benefit the most.

And while the big names in news like Bloomberg are finally catching on, the companies that stand to benefit the most are still completely unknown. Well, not completely. Our editors know who they are. Our subscribers know, too. And we’re poised to make even bigger returns than we saw during the fracking explosion in the U.S.

I want you to get in on the action, too. So, I implore you to take a look at this presentation my colleague, Christian DeHaemer, has put together. He’s zeroed in on the absolute best investment in the Mexican oil industry. And he’s certain this company is going to burst at the seams with profits in the very near future.

Just so you know exactly how prolific Mexico is about to become, let’s talk a little about one of the discoveries that’s already hitting headlines. It’s just the tip of the iceberg as far as recoverable oil in Mexico is concerned. But it’s an amazing find nonetheless. 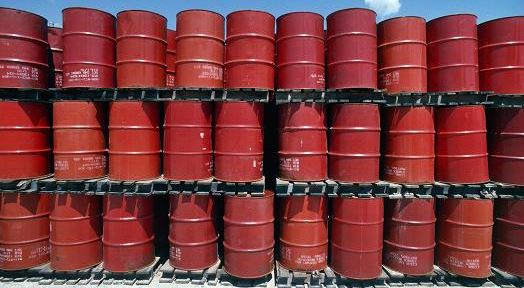 Just eight days ago, an Italian company working off the coast of Mexico discovered a field to rival the Permian Basin in Texas. Initial estimates are that the find holds as much as 2 billion barrels of oil.

What’s even bigger about this find than the size is the fact that it’s the first discovery made by explorers other than the national oil company, Pemex, in over 80 years. That’s a long time for nobody to find oil. But the wait is finally over.

And thanks to this find, other international players are going to start rushing in to get their piece of the action. That means the Mexican oil industry is about to become more profitable than it’s ever been.

Exxon, Chevron, and BP have already gotten in on the action. And they’re sure to profit from it — as will their shareholders. But Christian’s found a company that’s going to put all the others to shame. And it’s got the potential to make millionaires — even billionaires — out of investors who get in now.

Since this company has been involved since the beginning, it’s already got operations in place. So, while latecomers have to stall production to get set up, this company will be pumping away. And its share price will be climbing ever higher.

To give you an idea of the head start this company has, consider that the next chance other drillers will have to get in on these fields is at the end of this year. That’s another five months without any competition. And even longer when you consider how long it takes to get drilling operations set up and running.

The next wave of challengers after this year won’t be able to get online until sometime in 2018. And all the while, our investment will be charging forward. 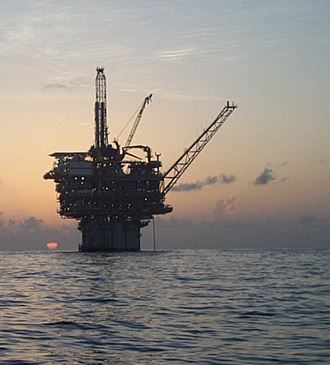 But this company isn’t the only one without competition. As I said, practically nobody knows about it. So, that means early investors don’t have to compete with institutions and hedge funds driving up the price before they can buy in.

It’s the kind of situation and the kind of stock investors dream about. And that dream is quickly becoming a reality.

It’s discoveries like this that turn paupers into millionaires and turn millionaires into billionaires. And I want you to hear about it first. This is the kind of opportunity that’ll allow you to build a legacy — not just a portfolio.

So, I implore you to watch this presentation. Or, if you’d prefer, you can read it here. Either way, you’ve got to see it to believe it. And once you see it, I’m sure you’ll agree with me when I say this could be the biggest opportunity of this decade... perhaps even this century.

To investing with integrity (and building legacies),