City officials of Los Angeles hope to adopt a coal-free zone of the future.

Despite the famous smog you may see in front of the Hollywood Sign, L.A. was able to cut carbon dioxide emissions by 28 percent since 1990, according to Bloomberg. Coal is a cheap source of energy, but it emits twice as much carbon dioxide per megawatt usage when compared to natural gas.

The coal industry is being hit from all sides – under pressure from state and local regulators, cheaper gas alternatives, green energy, and environmental activists.

And coal power plants produce high levels of pollutants in the air – including the toxin benzene, which has been linked to blood cancers like leukemia.

But it appears L.A. is trying to clean up its image as an emitter of dirty pollutants and heavy smog. L.A.’s efforts in getting rid of coal could set a future trend in other cities with progressive mayors.

This is all part of Mayor Antonio Villaraigosa’s efforts to slowly phase out coal while making way for a larger renewable energy market. The mayor’s original intention was to have his city free of coal by 2020, but he was bogged down by contract obligations and failed energy proposals, as reported by Los Angeles Times. 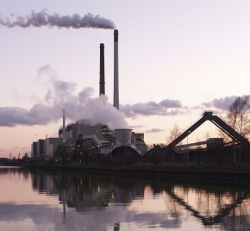 The new plan will begin with the municipal Los Angeles Department of Water and Power selling 21 percent of its share in the Arizona-based Navajo Generating Station, according to the Los Angeles Times, allowing the utility company to cut off its coal resource to the plant by 2015 – and ending contractual obligations four years earlier.

The state of California already imposed a mandate on LADWP to cut coal its coal ties by 2027, but the utility is aiming to be coal free by 2025. The LADWP is more entrenched with its second coal supplier, the Intermountain Power Project. Based in Utah, IPP has a contract with LADWP that will last until 2027.

However, the LADWP managed to add an amendment that will allow the utility company to shut down the Utah plant and replace it with a natural gas center.

According to Contra Costa Times, the two coal plants that supply coal to the city are equivalent to two million cars on the road. The Arizona and Utah plants make up 40 percent of the city’s energy needs. There is a risk in cutting off nearly half of the city’s power source in the next few decades without fully knowing what will take coal’s place. Such a change in energy consumption could have consequences in the price department.

Getting free of coal is ambitious, but little is being said of the potential costs. The DWP ending its coal dealings with the Utah plant will cost “$1 billion over four years in higher replacement fuel costs and other expenditures,” according to Los Angeles Times.

Building a smaller gas facility could cost $11 billion, and it is uncertain where the funds would come from. Higher taxes could be on the table, and so could increased energy bills.

There has been little information from city leaders on how the new plan would be paid for or how it will affect customer prices. Replacing of cheap coal with more expensive renewable sources will cost the city in the coming years, but since state of California has made carbon emission reduction a priority, this is something the city would need to do regardless of the mayor’s ambitions. With state and local budget concerns, one can only wonder how the city will find the necessary funds to pay for energy upgrades.

That being said, since there may be budget shortfalls among state and local governments in the long stretch, it may be a now-or-never scenario when it comes to investing in green energy.

At a time when many cities are considering layoffs and cutbacks to public services, the mayor’s goal of doing away with coal in the early 21st century is a daring feat. The death of L.A. coal will open up new markets in the renewable sector.

And local energy companies will benefit the most.

The stamping out of coal plants in Utah and Arizona will leave a wide gap in the L.A. energy market. This is a perfect time for renewable companies to fill that void, and you can expect it will be quite competitive.

The city’s focus on green energy is good news for any solar-based company in the Los Angeles area – especially since solar power is already a major source of renewable energy in the city.

Solar Center is one solar company that would gain plenty of business. According to PR Web, Solar Center is becoming a larger part of the Los Angeles community. The company offer a flexible payment system – even a 20 percent rate of return for the customer. Consumers get their solar panels for $1000 down, and sometimes for zero down.

As renewable energy overrides coal, there may be more of these favorable deals coming from competing companies.

Natural gas is also expected to become a primary contender in filling the coal void. Companies like Southern California Gas Company can be expected to make quite a splash in a greener Los Angeles.

Green energy sources like solar may take a longer time to be adapted to a greater portion of the city, but in the short-term, natural gas will be the next best alternative to coal. Natural gas already has the advantage though the Utah deal.

And more natural gas plants could be constructed in the city or surrounding area.

Higher energy bills could be a possibility, but the competitive environment of green energy could result in lower prices overall and more incentives for consumers. Cutting coal may seem like a lofty goal, but L.A. officials only needed to deal with two projects in cutting all of their coal resources.

L.A. leaders made the first big step by getting out of their contract with the Navajo Generating Station early while working out favorable terms with the Intermountain Power Project. Momentum is on Villaraigosa’s side, and it appears that L.A. will meet its energy goals in a timely fashion.