The Bullish Case for Lithium

It was in 1857 when Evan and Hosea Grosh uncovered the largest silver deposit in U.S. history. Unfortunately, fate intervened, and both brothers died before recording their claim.

That's when Henry Comstock stepped in — even though his efforts were focused on finding gold (remember, this was on the heels of the famous California Gold Rush). After his failed attempts to strike gold, the claim was once again sold. 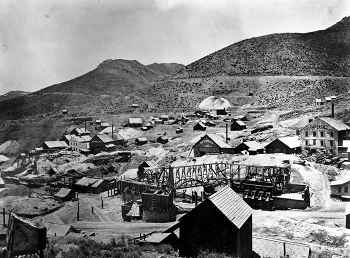 Soon enough, however, miners realized that it wasn't gold that was the source of the area's riches; it was silver.

The discovery became known as the Comstock Lode.

We don't call it the Silver State for nothing.

It should also go without saying that Nevada is an absolute powerhouse in the mining sector. In 2014, Nevada produced 6.74 million ounces of silver.

It turns out, however, that silver may not be what the state is remembered for most when future history books are written.

If you haven't caught wind of what's taking place right now in Nevada, you may want to drop what you're doing and take a look before your window of opportunity shuts forever...

The Bullish Case for Lithium: It's All About the "LIB"

You may not have known who the Grosh brothers were, but I know you've heard of Elon Musk.

When news broke that Tesla chose Nevada for the site of its first Gigafactory, it really wasn't too much of a shock for any investors who have been following the lithium market over the last few years. It was a brilliant tactical move on Musk's part.

Simply put, he wanted to have a large supply of lithium nearby. He's going to need to secure his lithium supply if Tesla ever hopes to fill the nearly 400,000 pre-orders of the upcoming Model 3!

And make no mistake; rechargeable batteries are one of the major catalysts for lithium demand right now.

But not only is lithium one of the best growth stories out there right now, it's also one of the few commodities in an uptrend.

That isn't going to change anytime soon, either.

Lithium Stocks in 2017: What You Need to Know Now

They say a rising tide lifts all ships.

Well, that's been the case so far in the scramble to secure lithium supplies in Nevada — and the entire region is ripe for the picking.

More importantly, these three companies have a virtual monopoly on supply right now...

They currently control about 90% of the world's lithium supply.

Not only that, but the Big Three lithium producers also account for about one-third of the world's lithium reserves.

Consider these guys the OPEC of the lithium sector, except with a major difference: Unlike crude oil, which is traded like a commodity, the Big Three actually sets its own lithium prices.

So taking into account the lithium revolution currently raging, you don't need three guesses to figure out what happened: 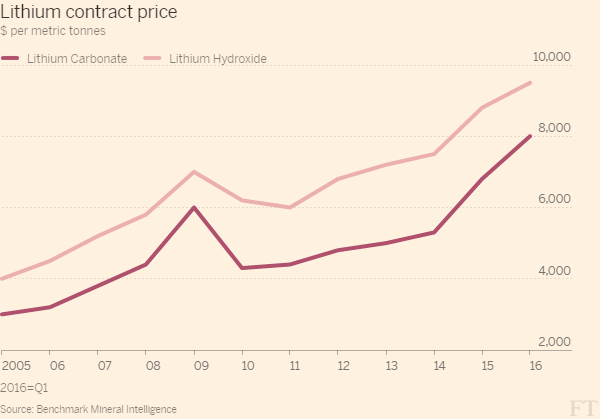 Of course, if you don't pay up, you won't be manufacturing your rechargeable batteries anytime soon.

It's the textbook definition of an oligopoly... and that's the way they want to keep it.

But that's about to change, thanks to the "New Lithium Hub" emerging in Nevada.

Now, to say we're still in the early stages of Nevada's lithium boom would be an understatement. The tiny exploration companies grabbing land in the sweet spots like the Clayton Valley are still virtually unknown and flying under the market's radar.

Even though Albemarle currently owns the only operating lithium mine in the United States, traditional mining methods to extract lithium will soon go the way of the dodo. I've mentioned to you time and again that these hard-rock mines can come with a cost of $2 billion or more.

Extracting lithium from brine deposits (which I should also note account for 66% of global lithium reserves), however, comes much, much cheaper.

And Nevada is where you should be doing your due diligence right now.