A New Era of Energy

In the wake of the world's clean energy movements, it's become clear many countries will start switching from coal to natural gas to fuel their power plants.

In the U.S., Florida is even pushing to kickstart its own natural gas production — something it has sorely lacked despite its high demand.

Japan now has similar ambitions. However, unlike Florida's search for natural gas off its coast, Japan will be looking to harvest hydrogen right out of the water. 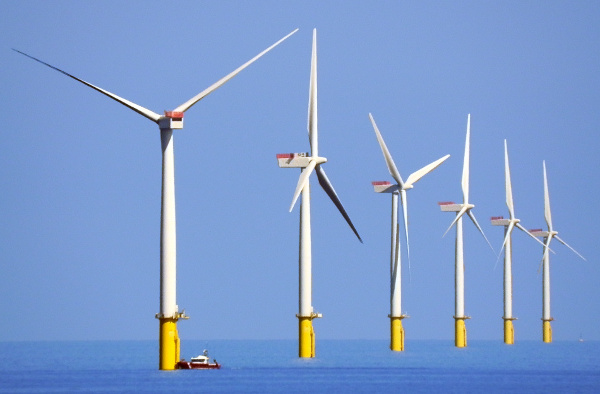 What's more, the country is combining oil and gas technologies with wind turbines to do it. That's right: Japan will be using offshore wind power to collect hydrogen gases in oil and gas processing and compressing tanks.

Japan has a clean power vision that is highly ambitious: it wants to be carbon-neutral and 100% hydrogen fueled by 2040.

Understand, this kind of change is unlikely to occur without major, almost unthinkable changes. The country has recently deployed floating solar farms, begun importing more natural gas, and even planned to turn some of its nuclear reactors back on to keep up electricity supply.

But this would be a major step forward for both Japan and the rest of the world.

Hydrogen is more than just the most abundant element in the universe — it is also an extremely clean source of power. The problem is that it hasn't been as cost effective as energy sources like coal and natural gas.

This new technology combination aims to solve that problem. Using wind power extract hydrogen through seawater purification, then compress it for storage means there is no need to use grid electricity in production. Offshore storage also means there would be no need for the island country to build storage capacity on land.

“Innovation is not always about inventing new things or new technologies. It's about combining and using existing technologies in new ways,” says Remi Eriksen, president and CEO of DNV GL, a risk management company with a focus in technical assessment and research.

This Jidai — Japanese for new era — is not limited to Japan's waters either. The proposed technology could be adopted to other coastal countries, perhaps even into the U.S. as it pushes forward with its Clean Power Plan.

However, Eriksen admits it will take time to make such offshore wind power technology more cost efficient, but at the speed of current innovations, it may be feasible within 15 years.