Several North American and European auto manufacturers are betting the electric vehicle revolution will be led by the further development of lithium-ion batteries. Tesla is the obvious leader in battery electric vehicles (BEV). But Chevy and Ford are among others focusing on BEVs.

Japanese carmakers, on the other hand, seem to have a different idea. They're wagering on hydrogen fuel cells.

Over the past several years, Japanese carmakers Toyota, Honda, Hyundai, Mitsubishi, and Nissan have all successfully developed and introduced fuel cell electric vehicles (FCEV). They argue that lithium-ion batteries add unnecessary weight to vehicles, thus reducing efficiency and range, and that FCEVs are more quickly and easily refuelable.

In 2014, Toyota launched the Mirai, the first FCEV to be commercially marketed, and has since remained committed to supporting its FCEV line of vehicles and developing needed infrastructure. Back in February, Toyota partnered with Shell to build seven hydrogen refilling stations throughout the state of California.

Most recently, Toyota announced that by 2030 it will no longer produce vehicles with traditional internal combustion engines. All of Toyota's vehicles — from its commercial trucks to Lexuses — will be full electric, hybrid electric, or fuel cell electric.

According to research from Global Market Insights, Inc., the global fuel cell market is expect to grow at a CAGR of 24.1% between 2016 and 2024. For now, however, the hydrogen fuel cell electric vehicle market faces an uphill battle: cost.

Additionally, hydrogen stations are very expensive to construct. Building a single station can cost over $4 million.

Still, Japanese automakers continue to push for FCEV development. Hyundai recently revealed it will show off a new hydrogen fuel cell-powered SUV at CES next month. The company didn't give the new SUV a name yet, but previous concept cars had an impressive range of about 500 miles. 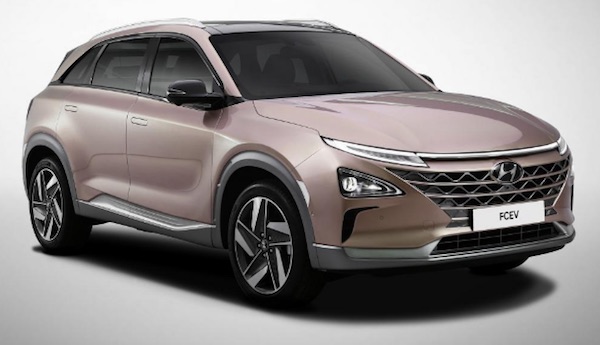 The struggle between lithium-ion and hydrogen fuel cell-powered vehicles will continue for now. But unless automakers can lower costs on FCEVs, it seems lithium-ion batteries will ultimately be declared the victor. Let's face it; one of the main drivers (no pun intended) of any market is consumer cost.

I recently read an academic journal published by Oxford on racism that I think really shows the consumer market's true motivation. The title of the journal was Are Smart People Less Racist?

Stay with me here...

The short of the journal's conclusion was, yes, smart people are less racist. However, that's not the end of the story.

The slightly extended conclusion was, yes, smart people are less racist — but not when money is involved. That is to say, all the studies show smarter people are less likely to believe racial stereotypes, but they are generally no more willing to support specific policies designed to improve racial equality because of... you guess it: the costs.

I think the same is probably true concerning the environmental aspect of the electric vehicle market. What's “good for the environment” is only going to motivate consumers so much. Truth is, even the most environmentally conscience consumer has a limit to what he can possibly spend.

Of course, all that could change. The price of the raw materials, like lithium and cobalt, could continue heading higher in price to close the cost gap between lithium-ion battery vs. hydrogen fuel cell-powered vehicles.

He laid out his whole argument to me the other night over a few beers. But he's put the entire story together here in a report he calls “Blue Gold.” It focuses on cobalt, which is the more exciting of the two metals right now, and it shows exactly how, no matter what, share prices of a few specific stocks are set to soar.

You can check out this report by clicking here.