Is the Gold Bull Market Over?

Not By a Long Shot

This has been a really tough week for gold and precious metal prices. Many were hoping for a strong price recovery following the re-opening of the Shanghai Gold Exchange on Monday. But they simply didn't get it.

The price of gold still sits at pre-Brexit levels and is now flirting with lows of $1,250 an ounce. 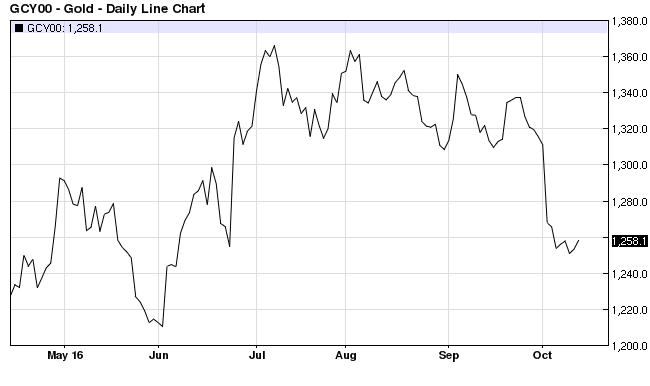 Is the Gold Bull Market Over?

The price of gold is being held down right now by the large institutional banks that are: #1 positioning themselves for an interest rate hike from the Federal Reserve in December, and #2 avoiding gold due to technical analysis.

Money managers are only thinking to the end of the year right now. And that's of course because they want to log as large of an annual gain as possible.

In the short term, this will likely mean weaker commercial investment demand for gold and continuing struggles in price. Prior to last week's drop, I was confident gold would breach $1,400 an ounce by the end of the year. But considering all the recent data, I think $1,350 is a more realistic target.

However, none of the long-term and fundamental problems with the U.S. dollar and other fiat currencies are being considered.

Balance sheets of the world's central banks have exploded over the past several years. The world is flooded with fiat money. If electronic money didn't exist, the world would have to erect massive vaults just to hold the volume of paper. 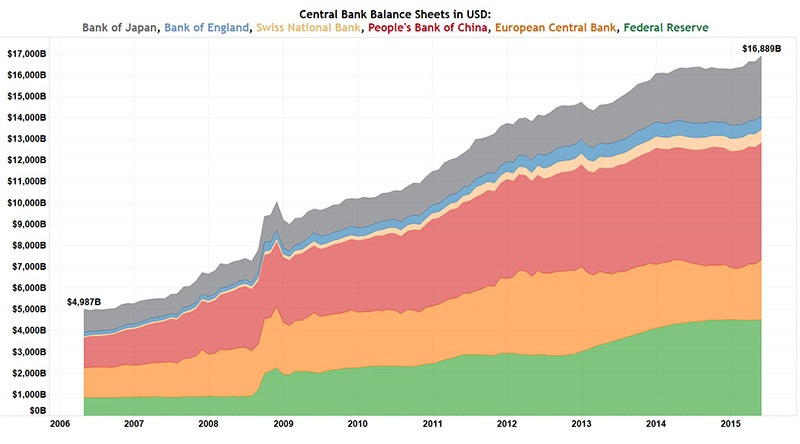 And they're not done.

Every time the Federal Reserve creates a new dollar, the value of yours goes down. And it's simply creating dollars at an unprecedented rate.

And also remember, this is happening all over the world. This is not exclusive to America. This is a global initiative in which central banks are competing with each other at everyone's expense. But all of the world's central banks have a common enemy: gold. And here's why...

No single central bank can control all of it.

And most importantly, the central banks control all of the important aspects of their currencies' value.

Gold has no master. It's simply too rare and spread around the world for any one central bank or other institution to control it. (For now.)

I urge you to take the next several weeks to slowly acquire both physical gold and gold stocks. As I already mentioned, I don't think there will be a turnaround in gold prices any time in the short term. But I implore you to consider owning gold to hedge yourself against expanding central bank balance sheets and a devaluing of the money already in your pocket.