To the Victors Goes the Oil

The United States invaded Iraq to save the world from weapons of mass destructions that didn't exist.

As you can tell by the chart, crude oil is inching back up to its historical average:

And that's nothing, says the Baghdad Bob of conventional wisdom.

But it's not going to happen.

The 12 million bbl/day production goal was a product of propaganda selling the war.

In the past thirty years, including during the time of peace prior to the first Gulf War, Iraq's peak production was three million bbl/day.

In other words, the same Iraq that can't work out a deal with the Kurds — the nation that's failed to implement a government for eight months; that's dealing with a Shia/Sunni split, interfering Iranian neighbors, and the constant threat of car bombs — is going to do what no country, including Russia and Saudi Arabia, has ever done...

Saudi Arabia has significant security and infrastructure advantages yet it took Saudi Arabia between four and five years to expand its net output capacity by some 2 million barrels per day. Iraq will certainly be challenged to match this pace, much less exceed it.

So don't look to Iraq to be the savior of global oil supply. Which is too bad, because it looks like the world will need the crude...

In its latest report, the U.S. government reported a large drop in crude stockpiles.

According to the Department of Energy:

Stockpiles fell by the largest amount in eight years last week. Inventories fell by 9.9 million barrels in the week ended Dec. 10, according to the DOE's Energy Information Administration, a much larger drop than the 2.7 million barrel decline analysts had expected.

The Agency said in a recent report, "Asian demand growth continues to 'dwarf' all other regions, with China accounting for about half of the growth outside the Organization for Economic Cooperation and Development. Global demand grew by a giddy 3.3 million barrels a day year-on-year in the third quarter."

As part of its oil production buildout, Iraq needs to replace its infrastructure.

Over the past ten years, there have been more than 500 attacks on Iraqi infrastructure.

On top of that, a report from 2007 asserts pipelines were last inspected in 1991 — and were then shown to have 75% degradation. 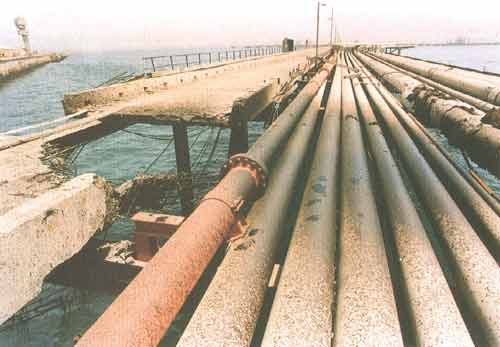 And due to the fact that Iraq must pump oil to pay the bills, they can't shut down the pipelines to fix them...

Instead, they must build new parallel units.

Right now there are four new offshore moorings under construction in Southern Iraq. Two will start working next year, which will lead to an increase in exports.

Though Iraq won't hit the 12 million bbl/d numbers, 4 or 6 million is still a lot of oil — and a lot of growth.

There is money to be made here.

The way to play Iraqi oil is to buy the service companies and infrastructure construction companies.