The course of West Texas changed forever in February of 1920.

That was the moment in history when a tiny discovery well struck oil at a depth of 450 feet in Mitchell County, Texas. Christened the W.H. Abrams well after the leasing agent for the Texas and Pacific Land Trust, it was a far cry from massive finds like the Lucas Gusher at Spindletop in 1901. 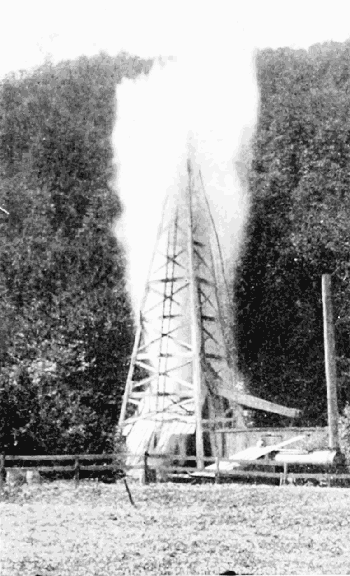 Truth be told, the W.H. Abrams only produced a trivial 10 barrels of oil per day at first.

Five months later and 2,000 feet deeper, however, the well was blasted with nitroglycerin, producing a chilling effect for onlookers. After oil, gas, and water exploded out of the derrick, daily output grew tenfold before settling back down.

Still, it wasn't the amount of oil produced by the W.H. Abrams No. 1 that marked its significance — it was the fact that this well led to one of the most prolific black gold rushes in U.S. history in the Permian Basin, also known today as the Petroplex.

Back in 1920, the W.H. Abrams well marked the discovery of the Westbrook oil field.

And prior to this discovery, the Permian Basin wasn't considered as a potential oil-producing area. The basin stretches nearly 300 miles long and 250 miles wide across 59 Texas counties.

After the Santa Rita well was drilled about three years later in Reagan County (just two counties southwest of Mitchell County), the Permian Basin oil boom was officially off to the races.

Today, the numbers are staggering...

Ever since those first wells were drilled in the 1920s, more than 29 billion barrels of crude oil and 75 trillion cubic feet of gas have been produced from over 7,000 oil fields in the Petroplex.

When in West Texas... Drill

Right now, there are more than 500 oil and gas rigs operating in the Petroplex, accounting for almost one-third of all the rigs running in the United States and more than five times the number that was there in 2009.

And despite the fact that oil has been flowing out of West Texas for the past 94 years, the area is still pumping out 1.4 million barrels every day — more than any of the major plays in the lower-48 states: 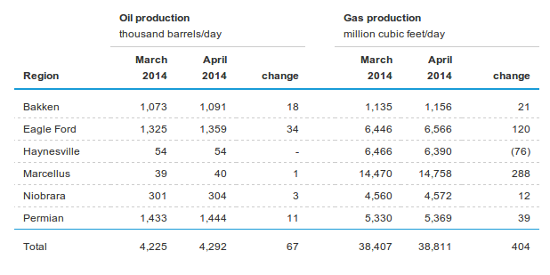 At this rate, that means nearly two out of every ten barrels produced in the United States comes directly from the Permian Basin.

So why the renewed push for oil drilling in the Petroplex?

Part of Your World

To start, this region in West Texas is like playing with a stacked deck.

Specifically, they're called stacked pay zones — or oil formations layered one on top of another.

You see, while some of the largest companies are producing oil from three zones in the Bakken and Three Forks formations in North Dakota, companies in the Permian Basin plan to capitalize on at least 13 pay zones in 2014.

Nowadays, it's almost too easy to get starstruck in the United States' shale and tight oil plays.

One of the reasons for this is because these are the names we see plastered across the media. Even the mighty ExxonMobil couldn't help but get a piece of the action. Through its XTO holdings, Exxon boosted its exposure in the Permian Basin by more than a million and a half acres recently.

But as you and I both know all too well, bigger doesn't necessarily mean better!

And believe me, there are a lot of heavyweights in this play. If you combined the five largest operators in the Permian Basin, you'd have an oil company with a market capitalization of $682.4 billion. The biggest producer in the area, Occidental Petroleum, produced 42.8 million barrels of oil there during 2012.

Of course, my veteran readers know exactly how Occidental Petroleum has performed against one of the small, up-and-coming Petroplex drillers. 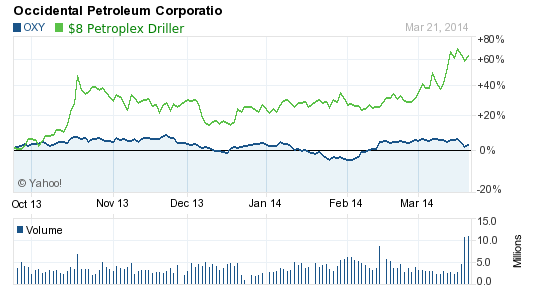 What's more is that this tiny gem in the West Texas oil patch just announced it had boosted its Permian production by nearly 40% and is setting itself up for a breakout year in 2014.

And although we're taking full advantage of this West Texas oil revival, taking the next step in finding these Petroplex profits is up to you.