One of the biggest problems for solar power and other renewables is intermittency.

Put simply, a solar panel doesn't generate power at night, and wind turbines can only spin if it's windy outside.

So a large challenge for renewable companies has been to find a way to combat the intermittency of their technologies. And one of those ways is with batteries.

Last week, SunEdison (NYSE: SUNE) acquired a company called Solar Grid Storage that produces and maintains battery storage systems for solar projects. The systems allow customers to store solar energy and even transport it back to the grid.

Just for reference, a solar inverter converts direct current from the solar panel into alternating current that can be shipped back to the grid. Solar Grid Storage's batteries already had these installed in them.

By combining on-site battery systems with solar panels, companies are able to significantly lower per-kilowatt-hour costs for solar energy. The Department of Energy has been researching this and wants to make combined storage and panel projects as cheap as $0.14 per kWh.

However, the big question from our point of view is whether or not this movement makes solar a good investment...

If you read my columns with any regularity, you may have noticed that I don't often talk about renewable energy.

It's not that I hate the technology. In fact, on the contrary, I think solar and wind companies are innovative risk-takers that make great stories. My problem is that, as a value investor, I am anything but a risk-taker.

My goal is to find long-term, high-yielding companies with good track records, and as far as renewables are concerned, very few stocks with histories of profit growth pay high yields.

This isn't because the companies are bad or unprofitable — it's just that the technologies are newer than oil, gas, coal, and nuclear energy, thus making them riskier.

Again, I'm not a risk-taker with my money. If you are, I applaud you — but you've probably already clicked out of this editorial.

Of course, there are some developments on the horizon for renewables that make investment much more appealing to me.

Essentially, for renewables, a yieldco is akin to an MLP for natural resources or a REIT for real estate.

The only difference is that yield companies pay a corporate tax, which means the dividends are still much greater for MLPs and REITS.

Yield companies have been picking up steam recently, as the renewable energy industry has started to build and maintain more projects and infrastructure. 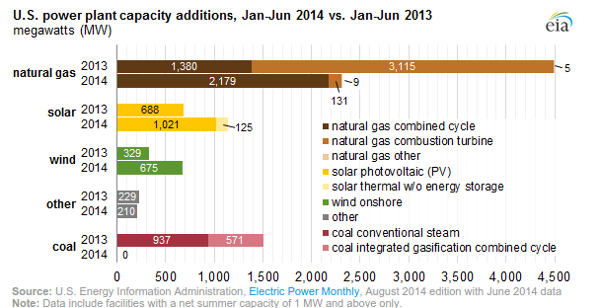 This one will be called 8point3 Energy Partners and could have up to 1,131 MW of power projects.

Now that's something I would be interested in buying. However, it's not a traded company yet, and it won't have a historically proven track record for some time after its IPO.

But other yieldcos that have been publicly traded for a little while are potentially moneymaking investments. 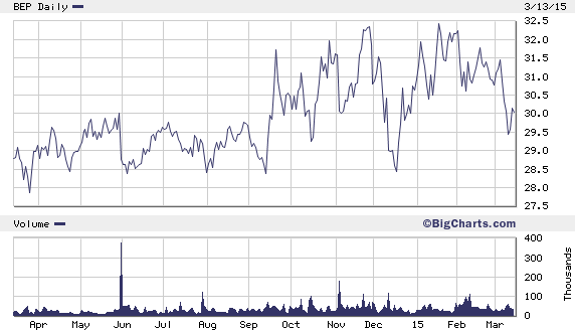 Now, I know I've talked a lot about solar in today's editorial, but Brookfield doesn't actually run any solar panels.

Instead, the company operates about 6,700 megawatts of wind and hydroelectric plants in the U.S., Canada, Brazil, and Europe.

Brookfield pays a 5.6% dividend at current prices and has a market cap of $8.25 billion, so it's not just some speculative company without good financial standing. In fact, my favorite thing about Brookfield is that it's been raising its dividend.

It did so most recently in February, and if it continues to do so, I would suggest that potential investors pull the trigger.

The second yield company I like is NRG Yield (NYSE: NYLD). 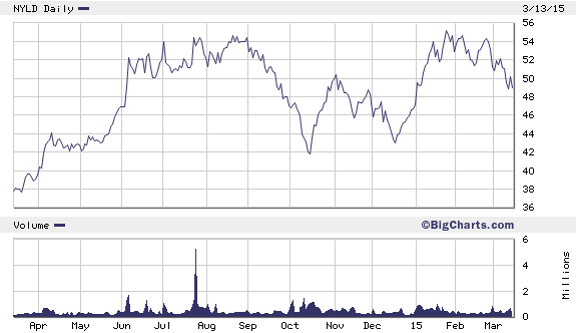 NRG Yield is a spin-off of NRG Energy and has a diversified portfolio of assets, which I like because it lowers the risk.

The best part about these assets is that they are designed under long-term fixed payment agreements. This allows the company to receive a steady stream of income it can pay out to investors.

Not only that, but it also incentivizes NRG to lower the cost of production for solar and wind and grow profits.

NRG Yield pays a slightly smaller dividend (3.2%) than Brookfield, but it has a less-risky base of assets.

Investors who want to find high yields from renewable energy would do well to look at these two stocks. Beyond that, I suggest you keep your eye on the coming expiration of the renewable energy tax credit in 2017.

If allowed to expire, the credit would make solar and wind much more expensive to produce and would easily send stocks lower. But as far as long-term trends go, renewable is the best in the energy industry.