Investing in Oil and Gas Infrastructure

Pipeline Stocks with a Kick

If the thought of holding on to a stock for more than a few months is daunting, then this is the perfect opportunity for you to take control...

Many of my friends fall into this category. Most of them believe beyond all doubt that holding an energy stock in this market is suicide.

Of course, that line of thinking has never made much sense to me.

And I always have to point out that these same friends are the ones being killed in this recession — not long-term energy investors.

Their silence is golden.

The reality is energy offers us a very profitable run over the long term...

Some of the safest investments available are found in building our future infrastructure.

The Long-Term Value in Infrastructure

According to Barclays Capital, that budget is going up another 10% in 2012.

We can't blame companies for shelling out more cash — especially considering a barrel of crude is still treading above $100/barrel: 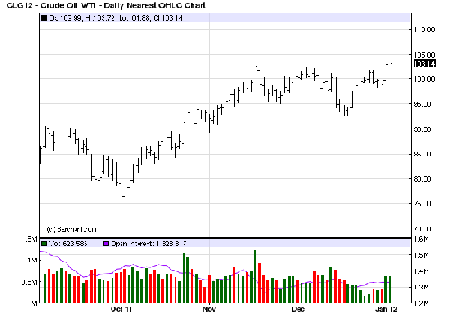 We'd be crazy not to take a closer look at pipeline stocks.

If we took all of the oil and gas pipelines crisscrossing the United States, we'd have enough pipe to circle the globe more than 100 times. That's about 2.5 million miles.

And as demand recovers, we can expect many more miles to be built:

The Long-term Value in Infrastructure

So, just how are these infrastructure investments stacking up?

In fact, most of the major oil companies out there are now playing catch-up to what we've known for years, spending billions of dollars in new acquisitions to make up for that folly.

And those small caps aren't alone in their success:

As you can see from the chart above, some of the biggest pipeline players — like Enbridge (NYSE: ENB) — are also putting the supermajors to shame.

Despite all the market volatility in 2011, Enbridge still delivered more than 36% gains to investors.

It's simply part of the long-term equation: There's a spur of investment happening to develop North America's oil and gas resources.

Even the latest delay in TransCanada's Keystone XL pipeline is just a bump in the road.

A new route is already being planned: the $13 billion project designed to transport 1.5 million barrels per day of Canadian oil to Cushing.

Meanwhile, more pipeline projects are being added to the mix...

Some of the MLPs (like Enbridge Energy Partners, L.P. (NYSE: EEP), which owns the Canadian portion of one of the largest crude oil pipeline systems in the world) currently offer a yield of 6.4%.

The bottom line here is the resurgence in our domestic oil and gas development will require a remarkable amount of new infrastructure to transport production to market.

And that's not just speculation...

Because if these investments aren't made now, we'll soon be back to begging the Saudi Kingdom for more oil. (Let's hope it won't come to that.)

What's more, we're not the only country fighting to meet future energy needs.

This energy race is only now starting to heat up. And later this week, I'll tell you exactly what — and who — we're up against.