How to Get Revenge Against the System

The first thing I noticed when I got into the Uber was the bobblehead of Donald Trump on the dashboard, nodding at me as the driver confirmed our destination. He and Rush Limbaugh were taking me home on Sunday night after being out with friends.

I'll talk to just about anyone who crosses my path. And Jacob, my driver, was quick to engage me in political conversation. “He's gonna set this country straight. You'll see,” Jacob told me, referring to the man whose plasticized head continued to nod and stare at me. “He's gonna bring jobs back. And he's gonna lower taxes,” Jacob continued.

But then his tone downshifted. And he said something interesting that really stuck with me: “The liberals got their handout. Now I'm gonna get mine.”

Did Jacob vote for Trump (at least in part) for revenge?

I don't know. And I didn't want to ask that blunt of a question to a stranger. Plus, we were already pulling up to my house at that point.

However, a separate interview recently conducted by Lisa Belkin, Yahoo's chief national news correspondent, might suggest revenge is not an uncommon theme among staunch Trump supporters.

Back in November, Belkin interviewed Trump defender and New York City neighbor Chris Fresiello to get what she considered an "everyman's" perspective. Earlier this week, Belkin released another interview with Fresiello to get an update on his position.

In the new interview, Belkin asks, “What did you vote for, and are you seeing it so far?”

Fresiello almost interrupts, “My vote was to avenge the last eight years. My vote was a reckoning.”

I understand the feeling. I kind of want revenge, too. But I'm not necessarily looking to stick it to welfare recipients, Muslims, or even the crybaby safe spacers, as I suspect many staunch Trump supporters are. I'd be looking to put the screws back on the real criminals: the banks.

In the past 45 years of the post–Bretton Woods era, the fiat money system has put the screws on everyone. It's not only us. And among the only really important political squabbles has been who's going to get the tightest turn. But no politician has ever significantly worked against this paralyzing economic system. Trump's probably not going to, either.

If you want real revenge against the system, you buy gold. 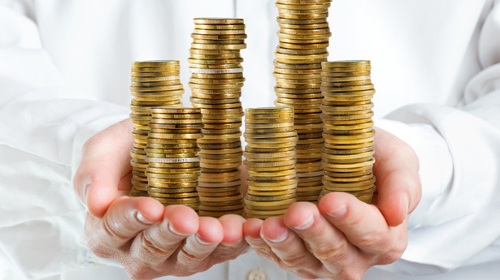 The fiat money system has allowed governments to drain the wealth of their citizens through central banks. The only way to even begin to separate yourself from that system is gold — or some other alternative, tradable store of labor, such as Bitcoin. Personally, I have more faith in something I'm holding than in beep-boop-beeps on a computer screen.

But make no mistake about it; gold is money.

Gold is in direct competition as a store of labor with the U.S. dollar and every other fiat and cryptocurrency in the world.

The difference is that both fiat and cryptocurrencies can be infinitely created — despite Bitcoin's claim, they can always make a Bitcoin 2.0.

Gold, on the other hand, is finite. The Earth's gold imports completely stopped millions of years ago. And there's no creating more out of thin air.

Want revenge on the system?

Start by cutting back on using their labor storage and exchange products (a.k.a. fiat money) and save some of your wealth in the form of gold.

If you want to fight the larger system of abuse, own gold. Own it, hold it for savings, and use it as what it really is: money.