Have Apple and Samsung Peaked?

Samsung (KSE: 005930) and Apple (NASDAQ: AAPL) aren’t going away anytime soon, but when it comes to the smartphone, downward sales will pretty much become a common trend.

And it’s not necessarily their fault; the smartphone has reached its inevitable peak after becoming saturated with so many previous model phones, along with cheaper ones from smaller competitors.

This doesn’t mean Apple and Samsung will fade away entirely, but slumping sales records have revealed that both companies made the mistake of placing too much stock in the smartphone arena. 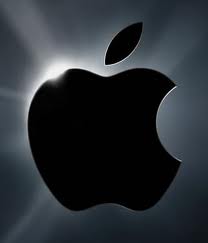 Apple has reduced its production costs to $274 for the new iPad Air, Huffington Post reports. Compare that to the previous generation iPad, for which production costs were $316. This represents an 82 percent markup to the retail price of $499 – an ominous sign that Apple is trying to make up for lacking revenue.

And Apple has not revealed its latest iPhone 5s and 5c sales, making some investors a bit nervous.

But the real problem for Apple lies in its iPhone 5c. The phone was marketed as a cheaper version of the iPhone 5, but the price tag hasn’t matched the hype.

When compared to other phones out there, the so-called cheaper 5c is simply not cost competitive enough – especially when stacked up against local companies in China and India.

This not only has some investors on edge, but it can be a real problem for competing in emerging markets in Asia and Africa.

Going forward, China and India will be the next frontiers in the smartphone market as the middle class generates demand. But more people in this demographic are looking for non-feature phones for a cheap price.

And with recent news that China Telecom (NYSE: CHA) has cut subsidies for the iPhone 5 and will also make cuts to the iPhone 5s, Apple has a further obstacle to overcome if it wants to make positive inroads in the Chinese market.

But Samsung has been adept at forging business ties with government officials and molding its phones to Chinese preferences and tastes.

Even though Samsung is more established in developing markets than Apple, the South Korean company is also going through its fair share of sales turmoil.

Unlike Apple, Samsung has reported consistent positive profit for six quarters, but its sales numbers for the Galaxy S4 have been lackluster at best. And Samsung has suffered stock-wise as well, undergoing a 6 percent drop since January.

Both companies are suffering from the same problem; more consumers are interested in buying their older model phones, and cheaper smartphones are becoming a better a buy for more consumers around the world – especially in countries undergoing economic recovery.

What Can Apple and Samsung Do?

Unless both of these companies can get in the trenches and compete against lower-priced smartphones by getting prices down even further, sales for their new smartphones will continue to spiral downward.

Both smartphone giants are wrapped in a bubble. Instead of squaring off against each other, they need to learn more from the small-fish companies slowly eating away their profit margins.

And if both companies want to pick up smartphone sales, they must also achieve something monumentally different than previous models. One way to do this is to pick up on smartphone trends and capture a new angle that has not been tried before.

This will require extensive research and plenty of investment capital, but some trends include the desire for smartphones as thin as a credit card or a smartphone that can project content into thin air where the users can interact with their fingers.

If Apple or Samsung can capture a futuristic aspect not seen in previous phones, they stand a chance of remaining pioneers in the new smartphone age.

As of now, the features of newer and expensive phones are not substantially different compared to older/cheaper model phones already on the market. Gone are the days when troves of people would line up to buy the latest smartphone to hit the market without question.

Apple and Samsung need to get creative in attaching a new slant to their smartphones.

Competitor LG (NYSE: LG) is on the right track with a smartphone case that will self-conceal any dents. But branching out into new markets is just as important, because sales will only continue to dwindle as more models are introduced over time.

And it is possible, since there are a variety of non-smartphone markets that are worth delving into.

For instance, the video game world could use another gaming console to take Sega’s place. Apple or Samsung could compete with Microsoft (NASDAQ: MSFT), Nintendo (OTC: NTDOY) and Sony (NYSE: SNE) in the future gaming market. There wouldn’t necessarily be a need to win over the love of hardcore gamers, but either company could do something as simple as tweak its TV streaming device to play computer games.

We hear plenty about the console wars between Microsoft and Sony, but PC-based games are still in-demand products. Many gamers want to play these games but cannot due to weak processing power on their own PCs or laptops. If Apple, for example, can harness its Apple TV to stream PC games on a TV, this would carve an additional market niche for the company.

Taking a risk like this is necessary now – especially as smaller companies gain up to swallow these giants whole in the smartphone market.

The most smartphone growth you’re going to see will be in developing markets overseas.

Indian smartphone manufacturer XOLO has decided to use international company Broadcom Corporation’s (NASDAQ: BRCM) turnkey platform for its new Q1000 Opus phone. This is in attempt to capitalize not on the feature phone market, but on conventional smartphones, as more people in India will foster demand of higher-end phones at a cheaper price. In India, smartphone growth will go from 27.8 million units in 2013 to 155.6 million units in 2017.

Local companies are the center of future growth in the smartphone market. In Asia (excluding Japan), local companies have 39 percent vendor market share, with 24 percent for Samsung and 6 percent for Apple. Samsung is more established in Asia, but aside from Japan, Apple still has a long way to go before capturing the Asian market.

Other smartphone makers like LG, HTC (OTC: HTCKF), Nokia (NYSE: NOK), and Blackberry (NASDAQ: BBRY) comprise 9 percent market share. And the groundswell of local companies has been at the forefront in not just China and India but also in Southeast Asia, particularly the Philippines. International Chinese companies like Huawei, Lenovo (OTC: LNVGY), and ZTE (OTC: ZTCOY) comprise 23 percent of the market share.

Chinese company Xiaomi is a startup now worth $10 billion.

If giants like Samsung and Apple are going to compete with companies like Xiaomi, they will have no choice but to either lower the price of their phones or get into a new market sooner rather than later.

They say go big or go home, but in this case, smartphone giants may need to think smaller and locally to stay in the game.

Peak Smartphones
Smartphones are losing steam to cheaper, more impressive gadgets. But Apple and Samsung still hold the market...
Investing in Mobile Devices
As consumers switch focus to new mobile devices, companies in mobile advertising will reap the benefits.
Hydrogen Fuel Cells: The Downfall of Tesla?
Lithium has been the front-runner in the battery technology market for years, but that is all coming to an end. Elon Musk is against them, but Jeff Bezos is investing heavily in them. Hydrogen Fuel Cells will turn the battery market upside down and we've discovered the tiny company that is going to make it happen.