Got Gas? You Better Fill Up the Tank Today!

Are you ready to pay $4 or $5 for a gallon of gasoline this summer?

Because the price at the pump is set to shatter records this year.

It's a perfect situation for the oil industry...

Most people are completely distracted by politics, social concerns, and all kinds of other bullshit. Meanwhile, OPEC, Russia, and other major oil-producing countries have successfully colluded to increase oil prices.

And that's no conspiracy theory...

It has been widely reported by various media outlets that OPEC, Russia, and other major oil-producing nations got together in January 2017 and collaborated to reduce the world's supply of crude oil and increase prices.

Well, for the money, of course.

Fact is, Saudi Arabia is planning to take 5% of the state-owned Saudi Aramco public sometime this year. And the Saudis want oil prices as high as possible going into the Saudi Aramco IPO.

In a recent interview with Reuters, two inside sources said OPEC has talked about a desire for $80 or $100 oil. Reuters reported that a separate high-level industry source said, “I would not be surprised if Saudi Arabia wanted oil at $100 until this IPO is out of the way.”

The IPO is already expected to be the largest in history. The sale of only 5% of Saudi Aramco is expected to raise between $1 and $2 trillion!

And that's only 5% of the company!

So far, their plan is working perfectly... 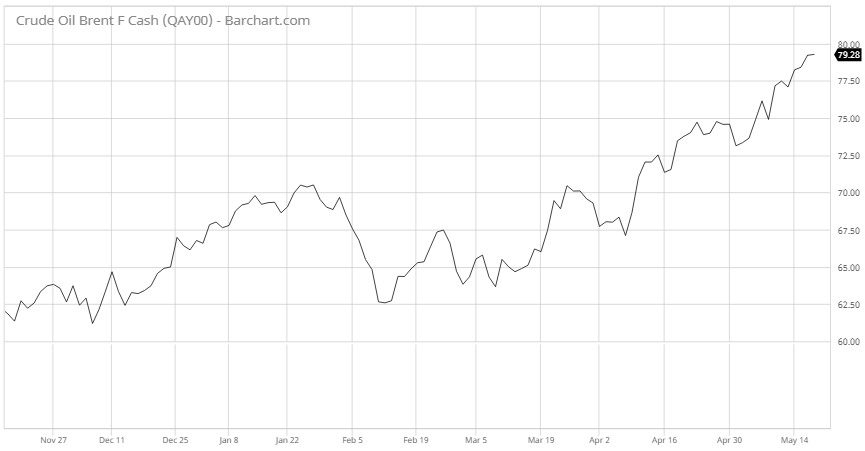 You're probably already feeling it at the pump. AAA reports the national average of gas prices is currently $2.91 per gallon. Meanwhile, 13 states (mostly on the West Coast) now have state averages that are already over $3 per gallon. Here in my hometown of Charm City, gasoline jumped more than $0.10 per gallon in one week.

In fact, MarketWatch just reported Americans spent $4.4 billion more on gasoline this April than they did in April 2017.

The bottom line is that fuel prices are on the rise. And investors would be wise to hedge their bets in the face of rising gas prices this summer.

Typically, when gasoline prices are increasing, crude-refining stocks do well. But with the price of crude feedstocks increasing so rapidly, I think oil exploration and production will outperform refiners this summer. Specifically, I think U.S. oil explorers and producers will ultimately be the biggest winners.

I've said it before: I hate making predictions about higher gasoline prices. I don't want to be right about it. But I want to be prepared. You should, too.

Right now, I think investor portfolios should be very heavily exposed to oil and energy. Fact is, it's likely the market can bear much higher gas prices. In Vancouver, gasoline prices are up to $1.62 a liter (US$4.77 a gallon). And they're doing fine.

How high will gas prices go this summer?

Only time will tell. But there's little doubt that gas price are on the rise. And investors should be prepared.

Don't sleep on this one.