Gold Will Rally on Fed Dithering

The $18 trillion question is whether Yellen and the Federal Reserve will raise interest rates at the next meeting on December 17.

Here is the 10-year chart of interest rates: 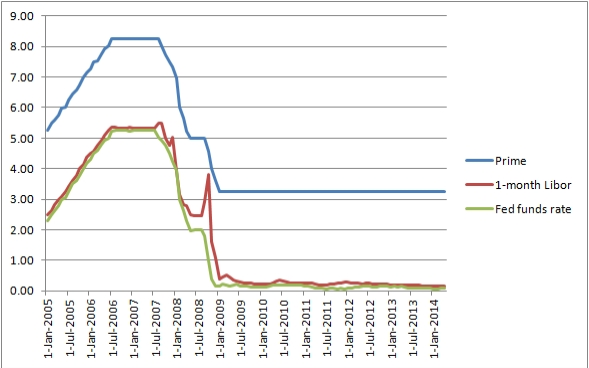 It should be noted that the last time the Fed raised interest rates, it created the largest financial crisis in 80 years.

But that's another rant altogether. Today, I'm here to discuss the chances of a rate hike this month and how you can profit from it.

The last time Yellen said she was going to raise rates and then didn't was at the September 17th meeting, which I've circled on this handy-dandy chart of the gold ETF (NYSE: GLD). 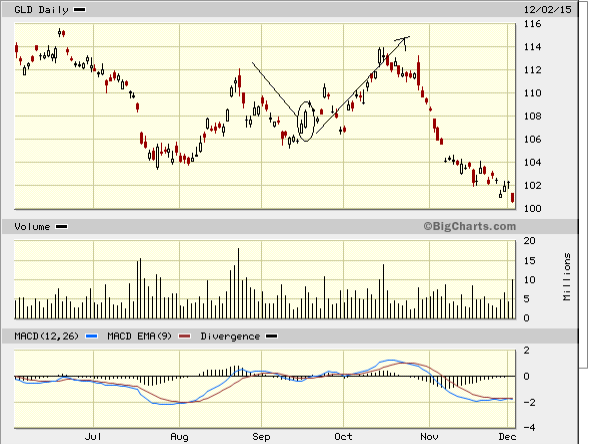 As you can see, GLD sold off as the market priced in a Fed rate hike and then launched when the rate hike didn't materialize. At that point, Yellen blamed her non-action on the Chinese economy slowing down.

In mid-October, Yellen started yakking about how she was really going to raise rates in December — this time she means it. And gold sold off again.

And maybe she will. I don't know what's in her head. Two days ago she said:

Wolf in a Pant Suit

Of course, the Fed has been crying wolf for seven years now.

A few years ago, the Fed said it would raise rates when unemployment dropped below 6% and inflation was near a “normal” level of 2%.

Today, unemployment is officially at 5.0%. Inflation, as published by the government on November 17th, is at 0.2%.

With inflation so low and the price of oil down 60%, there is really no reason to hike interest rates. But Yellen wants to have some tool to save the market when it eventually crashes again. And she can't cut rates when they are at zero. Therefore, she will destroy the market in order to save it.

Of course, the Fed could just take on more debt. Here is the federal debt held by Federal Reserve Banks: 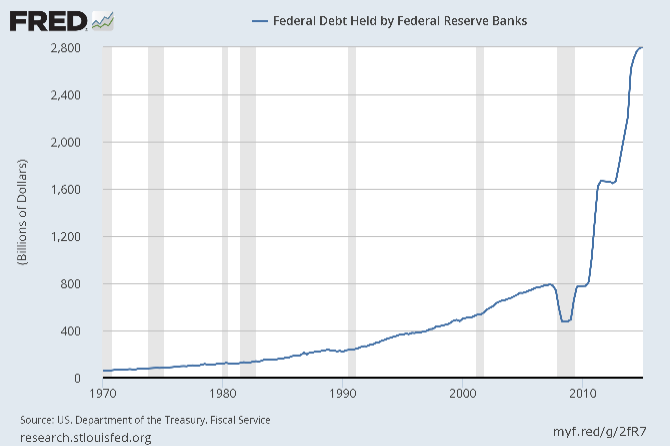 All of that debt has fueled what is now the third-longest bull market in history. Will the Fed hiking rates 0.25% cause a stock market correction?

No one knows, of course. But if Yellen doesn’t hike, you should buy some calls on GLD.