General Motors Company (NYSE: GM) and its Chevy Volt have been feeling the heat from the rest of the electric car market lately. Almost three years after its debut, sales of the Volt are in peril.

With danger looming, and with other manufacturers offering greater incentives, GM was forced to act fast. 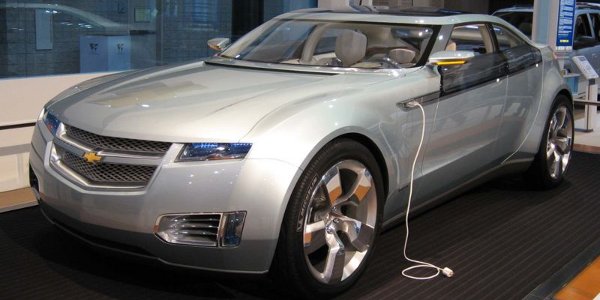 In addition to cash rebates, a special lease deal is being made to qualified buyers. The offer is for an initial payment of $2,399 at $269 a month for 36 months.

The incentive program was announced Monday.

As the Volt seems to be hitting a wall in sales, these incentives should spark interest again, but they're also going to be costly moves for GM.

Automakers don’t typically bank big bucks off their electric cars. In fact, more times than not, electric cars will lose money, but they are still an important aspect of car manufacturing. And that’s why every single car manufacturer turns out at least one model every year. You could say it’s become a status symbol; even if they’re not rolling off the lots, especially in the U.S., they still reflect an automaker’s luster for design and manufacturing. Most companies want to be the image people think of when they think about plugging in.

But the main reason there are so many different electric vehicles is likely in large part because of California. The state is the largest auto market in the United States, and by law, it requires all car makers to offer an electric model if they wish to do business in the state.

Turning Up the Heat

As the EV market heats up this summer, manufacturers are getting very aggressive in their pursuit to increase sales. GM had to make a move.

With the Volt plug-in car, drivers can get about 40 miles on a full charge; it’s also equipped with a gasoline engine that provides drivers with longer driving distance. And that takes away much of the worry and resistance that an all-electric vehicle has.

And the Chevy Volt has been doing pretty well in its almost three years of existence. 1,607 cars moved off the lot in May 2013. As a whole, Chevy Volt sales have slightly increased in 2013 – up 1.4 percent compared to this time last year.

But for the first time, the Volt is seeing competition like never before.

Honda (NYSE: HMC) just announced a low lease rate for its Honda Fit EV, an electric car that will be available to California drivers. Granted, the deal is only offered in that state, but for $259 a month, you can leave the lot with a brand new Honda Fit EV with absolutely no money down – that includes insurance, maintenance, and unlimited mileage. On top of that, buyers will be given a free home charging station.

The Volt’s biggest competitor, the Nissan (OTC: NSANY) Leaf, has been doing quite well. Nissan pushed 2,138 Leafs off its lots last month compared to just 510 a year last year, according to CNNMoney.

Nissan too, is offering a very attractive leasing price. For just $999 down and $199 a month, you can leave the Nissan lot with a Leaf. The sticker price has also been slashed since Nissan moved production of the car to the U.S. from Japan in March.

Since March, Leaf sales are up 332.5 percent compared to last year. That’s what happens when you cut thousands of dollars off the price tag.

To put a little perspective on things between the Volt and the Leaf, the Chevy Volt has still outsold the Nissan Leaf by about 10,000 units in their prospective lifetimes. But the shift is on. The Leaf is edging the Volt in 2013 sales by about 500 units.

And there’s no getting around it. Everybody is feeling a little tight around the collar as Tesla (NASDAQ: TSLA) and its Model S are simply blowing minds and leaving the competition in the dust.

In stark comparison to the Volt, and behind outstanding performance reviews, the Model S sedan by Tesla is able to get 270 miles on a full charge. 270-40! Ouch. That reminds me of the Spurs putting the smack down on the Miami Heat last night – it was ugly.

And the problem that Tesla drivers have been running into is that there aren’t enough charging stations for a re-charge. Now that won’t even be an issue, as Tesla has committed to a network of Supercharger stations positioned all around the U.S. and Canada. And sorry to say, but it will only support Tesla drivers. The whole charge will only take 20-30 minutes.

The only thing stopping Tesla from a complete annihilation of its competitors is its price tag – its base Model S starts at $69,900.

But it’s got the rest of the industry on its toes, and it will be interesting to see if the Chevy Volt will be able to pack more than just a pretty cash rebate in future models.