A big player in the lithium battery market

With the growth of renewable energy technologies comes the need for more storage capacity; after all, renewables like wind and solar power are intermittent — meaning that those energy sources are not continuously available, and require a backup for when the weather gets bad. 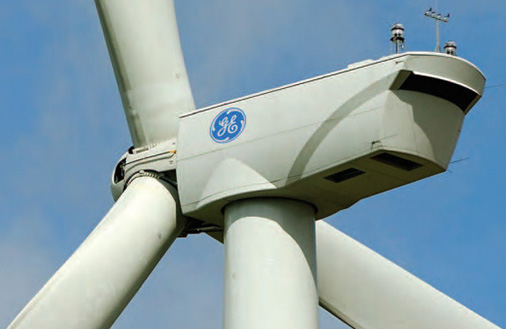 And General Electric wants to be one of the big players in the energy storage field.

After a disappointing lack of demand for their own Durathon battery systems, the company is rearranging its business model.

First, GE plans to offer more than just batteries to utilities: they will now supply energy inverters, control systems, monitoring software, and financing options for all of these technologies.

The company will also allow these system accessories to be purchased along with lithium-ion batteries from other companies. This opens the door for GE to gain new partnerships with other companies such as Tesla (NASDAQ: TSLA), which will be producing utility-scale batteries in its Gigafactory starting next year.

This kind of deal also offers GE the opportunity to branch out in their marketing. Rather than only offering their own battery systems, they can now offer a mix of battery systems and monitoring technology.

GE's general manager for energy storage Jeff Wyatt has said he believes the market has room to grow and that the company “can be a sizable player within it.”

The energy storage section of the company's business is part of its $28 billion power and water segment, the largest of its industrial businesses.

The main concern with focusing on this growing market is cost: many lithium-ion battery systems are still too expensive for companies to purchase. But GE is working to increase the efficiency and lower the cost of its own batteries.

And with innovations coming from Tesla and as many as 10 other major battery cell manufacturers, in addition to the numerous energy storage startups, it's only a matter of time before lithium batteries become cost-efficient enough to be the norm in utility energy storage.