At the end of this year, Cheniere Energy is set to have natural gas cooling into a liquid at its Sabine Pass terminal in Louisiana.

And by January, 2016, that supply is slated to start going out into the world.

You can bank on that happening soon...

Several contracts have already been set, as U.S. supply is much anticipated by some of the country's European allies.

One of those is France, specifically the country's Engie SA. Under the contract with Engie, Cheniere will send around 12 shipments of LNG per year for the next five years. These will come from the company's 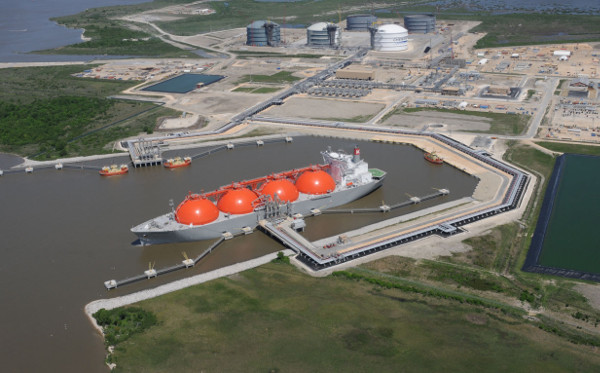 The supplies will be available for regasification either at Engie's Montoir-de-Bretagne terminal, or at alternate terminals in Europe.

The prices for this LNG will be set in 2018 and be based on northern European prices. This is good for Cheniere, since natural gas prices in Europe are higher than in the U.S. — meaning a good chance for profit.

And Cheniere has yet another French contract in line with Electricite de France SA for as many as 50 LNG shipments between this January and the end of 2018.

In fact, even more will be going to France's EDF Dunkirk terminal.

France will certainly just be the first of many overseas customers for U.S. LNG.

Several European countries are dependent on Russia for their main source of natural gas. The historical and current political volatility in the country makes business transactions, especially energy-related ones, volatile as well.

Additionally, the only other major sources are Norway, Qatar, and Algeria, but four suppliers does not a diverse energy portfolio make.

Volatile times or not, it will be a boon for many European countries to have new option for natural gas supply.

The U.S. shale boom brought on a glut of natural gas, and the time has finally come for all of that excess to make its way out into the world, not only to gain the U.S. allies, but business as well.

Seven Bold Predictions for 2016
The best-performing market next year, plus six other bold predictions for 2016.
The War on Coal Heats Up
Energy and Capital editor Keith Kohl discusses where the U.S.'s first LNG supplies will go, and how it will affect both natural gas and coal markets worldwide.
Investing in U.S. LNG Exports
Energy and Capital editor Keith Kohl explains how investors should be taking advantage of the upcoming LNG export boom before it's too late.
First U.S. LNG Exports Hit Japan in Full Force
Energy and Capital editor Keith Kohl discusses the upcoming future for Liquefied Natural Gas exports, and what that means for current projects.
Hydrogen Fuel Cells: The Downfall of Tesla?
Lithium has been the front-runner in the battery technology market for years, but that is all coming to an end. Elon Musk is against them, but Jeff Bezos is investing heavily in them. Hydrogen Fuel Cells will turn the battery market upside down and we've discovered the tiny company that is going to make it happen.