Take a look around you for one minute... I'll wait.

Everything you've just laid your eyes on was touched by a forklift at one point in its life.

Or at the least the parts that went into creating all of the consumer products around you were touched by a forklift at one point. In fact, most consumer goods are moved by multiple forklifts.

But let's take a look at the numbers...

In the chart below, I've compared U.S. sales of forklifts gathered from the North American Industrial Truck Association (yeah, there really is a market association focused specifically on forklifts) to U.S. GDP growth rate.

As we can see, there really is a correlation between the two. However, it's also very clear that forklift sales rise and fall as a result of GDP.

Still, we can look at the forklift industry to confirm the strength of other markets. Specifically, I'm talking about the lithium-ion battery market. 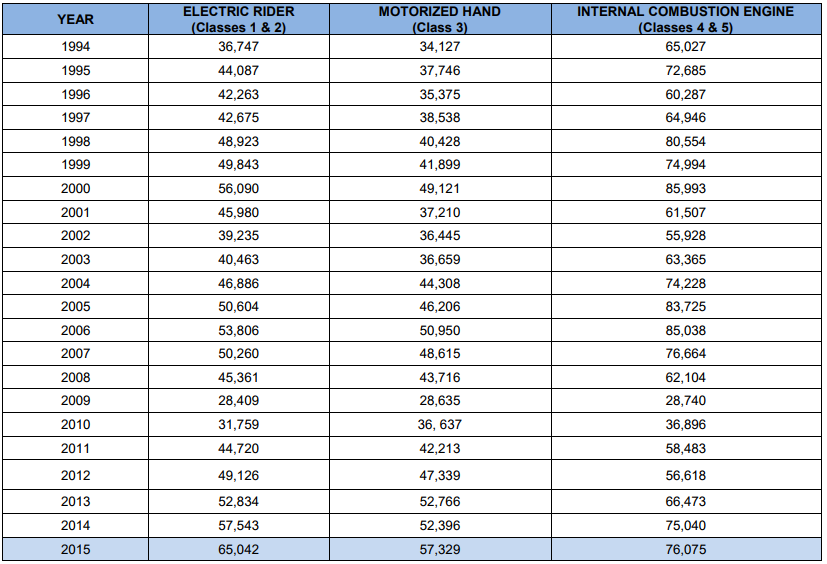 The increase in electric rider and motorized hand forklifts confirms that the market is moving toward a world of completely electric vehicles. For lithium investors, this is good news.

According to data from Grand View Research, the global lithium-ion battery market is expected to reach $93 billion by 2025, growing at a whopping 17% CAGR. But lithium investing options are limited.

There are a few ways for investors to get lithium exposure. But unlike many other commodities, lithium doesn't trade on any major futures exchanges.

Traders can buy the physical metal; however, liquidity is a major concern, and I would never recommend owning physical lithium other than as a curiosity.

A good alternative is the Global X Lithium & Battery Tech ETF (NYSE: LIT). LIT is a basket of lithium producers and battery tech manufacturers. However, my colleague Keith Kohl has found an even better play.

While Bitcoin and marijuana have been red hot this year, these markets are nothing compared to the trillions of dollars that are up for grabs in the greatest transition in transportation technology the world has seen since the first Model T rolled off the line in 1913.

And if you don’t believe it, you can see the numbers for yourself in Keith's latest research report.

You can also learn more about the very thing Elon Musk and Warren Buffett are fighting over right now in this short video.

Make no mistake: The age of electric vehicles has arrived. And as it develops, it’s going to result in huge fortunes for investors who are smart enough to get in on this action today. Don’t sleep on this one.