During our transition away from dirty fossil fuels like coal, it appears that we are consistently turning towards natural gas to pickup the slack. You see, natural gas electricity production emits less harmful carbons into the air, and is much cheaper since the U.S. shale boom boosted inventories.

Florida in particular has switched to natural gas as a majority energy source in recent years. Gas provided 62% of the state's power generation in 2014, up from 47% in 2008. And Florida is second on the list of states that use natural gas power with 3 billion cubic feet per day producing 145 billion kilowatt hours of electricity.

Despite the advantages gained from natural gas power, the state has been criticized for not focusing more on renewable energy sources. Florida has zero wind-power production, and less than 1% of its power comes from solar production. 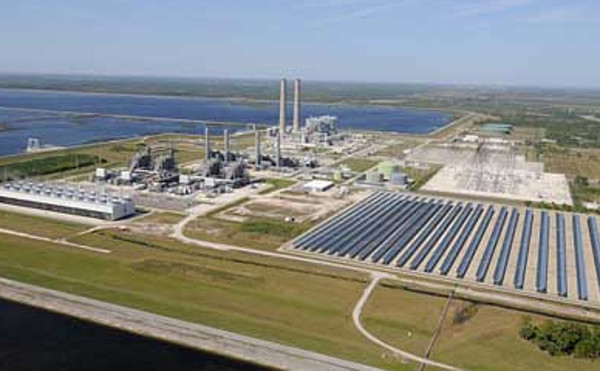 facility that connects a solar production unit to an existing gas turbine. The Martin Next Generation Solar Energy Center is a sign of improvement upon renewable technologies—though it is still not the state's priority.

This lack of exploration into renewable sources comes from a lack of Renewable Portfolio Standards that Florida shares with several other southeastern states. Without regulations to enforce such exploration, companies in the state see no benefit. Additionally, there are only three companies allowed to sell energy directly to consumers, and this prevents renewable energy technologies from being cost-efficient for smaller companies.

Though there are plans to invest more than $400 million in solar expansion, Florida's main focus will be improving its natural gas infrastructures. As demand rises, the state will need a larger supply of gas to keep everything running.

Currently, the state only has two natural gas pipelines that it uses to import from Georgia and Alabama. Another pipeline is in the works that will cost $3 billion and provide 465 miles of pipes through all three states. This Sabal Trail project will have the capacity to transport 1 billion cubic feet of gas per day.

Florida is also planning to solve the problem of not having its own natural gas production. The Energy Information Administration has said “there may be large oil and natural gas deposits in the federal Outer Continental Shelf off of Florida's western coast.” The state believes this should be explored.

This state isn't giving up their natural gas use any time soon.