It finally happened, just like we knew it would.

You may have missed it, especially considering that the market is so fixated on crude oil right now.

Fortunately, we’ve been covering these U.S. LNG exports for years, patiently waiting for American gas to go global. So you can understand our excitement to hear about the latest news.

You see, not only does it bring back the idea of the U.S. as a major commodities exporter, but finally being able to tap into China’s growing natural gas addiction is a huge step.

Truth is, it's been heading that way for a long time...

China has focused so much attention on energy reforms in recent years, and it’s easy to see why.

Just imagine if your morning commute looked like this: 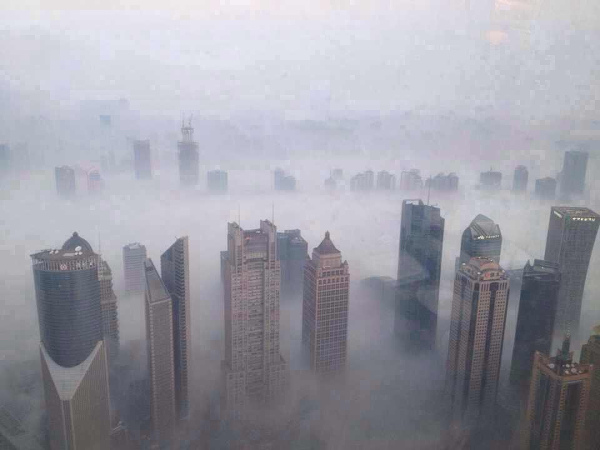 And yet, this has been a serious problem for years... You see, China has the largest portion of the world's population, coming in at more than 1.3 billion people.

Every last one of them will drive the country’s energy demand going forward — and right now, most of that energy comes from coal!

Even though coal’s not the only reason China’s largest cities are covered in smog — keep in mind that there’s a growing number of drivers, too, that are pushing its oil consumption higher — it's one of the biggest problems facing the country today.

The country invested $103 billion in renewable technology last year, making China the world's biggest supporter of the clean energies. It's also poised to have the fastest growth in nuclear capacity.

Still, it's natural gas that's having the most immediate effect on China's energy portfolio.

That may not sound ambitious, but remember the massive amount of energy the country consumes on a daily basis.

Ramping up natural gas to that level will require China to import between 190 and 270 billion cubic meters per year.

To put that in perspective, only 53 billion cubic meters were imported in 2015.

So what does all this mean for U.S. LNG? Well, even though a good chunk of China's gas imports will come from Russia, the United States has already made the first step towards being a regular supplier.

Of course, it helps that China isn't the only country interested in U.S. natural gas.

Global natural gas consumption is expected to increase by about 1.3% per year, according to the Energy Information Administration. 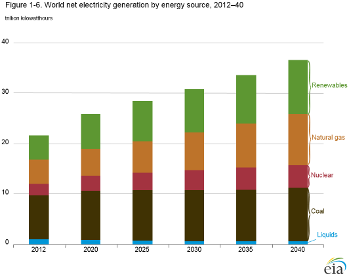 Look, we know that renewables will be among the fastest-growing energy sources over the next few decades... keep in mind that they have a lot of catching up to do.

And for every kilowatt of power they can't cover, you can bet that natural gas will be picking up the slack.