Tomorrow's Commuters will be Blasted through Tubes

It was a sweetheart deal if I've ever seen one...

A small electric vehicle charging company with close ties to both the Bush and Obama administrations was awarded nearly $100 million for the Department of Energy's EV Project.

If you're unfamiliar with the EV Project, it's essentially a DOE-backed program that has helped facilitate an aggressive rollout of electric vehicle charging stations across the country.

The company that landed this “deal of a lifetime,” was called ECOtality (NASDAQ: ECTY).

With close ties to Washington, the news wasn't necessarily a big surprise. It also helped that back in 2009, ECOtality was ahead of the curve on marketing its technology. As a result, what was once little more than a $2 tech stock soared to $18.60 a share.

Despite my distaste for the continued special interest hustle in Washington, I certainly wasted no time in profiting from this information. It was just too easy.

Of course, I also knew that this joy ride wouldn't last forever. So aside from a quick trading opportunity back in 2011, I steered clear.

After all, despite all the hype surrounding the company's deal with the devil, it was still never able to report an annual profit as a public company... and it didn't take a rocket scientist to know that the likes of GE (NYSE: GE), ABB (NYSE: ABB), and Siemens (NYSE: SI) would eventually monopolize the electric vehicle charging sector, anyway.

So earlier this week, when I got the news that ECTY may end up filing for bankruptcy, I wasn't surprised.

Another One Bites the Dust

Another one bites the dust.

But don't be confused: ECTY's eventual demise is not the result of lack of demand in the electric vehicle space...

It's simply the result of a highly-competitive marketplace that is now controlled by hundred-billion-dollar, multi-national corporations that make companies like ECOtality look like poorly planned bake sales.

There's just no way ECOtality could possibly compete — especially not without the helping hand of Uncle Sam.

Of course, most mainstream news sources miss this point entirely while copying and pasting the same old tired excuse for failed electric vehicle companies: “Consumers have been slow to gravitate toward electric vehicles because of their high cost and restricted driving range.” 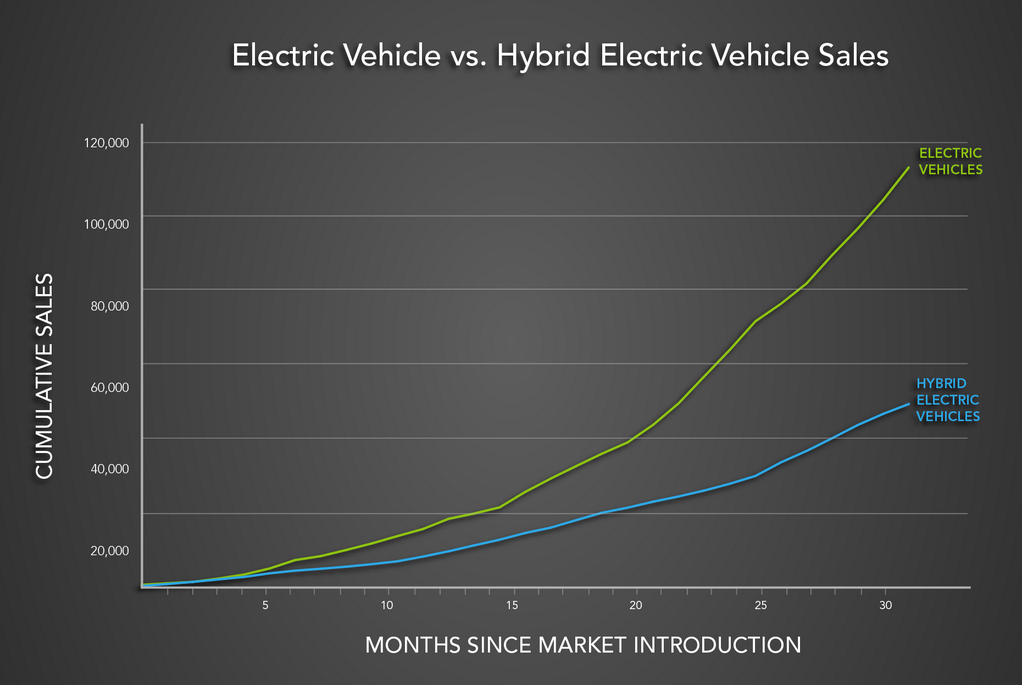 None of this matters, of course.

I'm pretty much over all the misinformation the mainstream media pumps out on electric cars. After all, as long as we're making money, and I'm on track to place my order for a Tesla Model S, these hacks can do whatever they want.

But mark my words: If you sleep on this sector, you'll be missing out on a boatload of cash.

No discussion of electric vehicles can be complete without mentioning the Tesla factor...

Once considered a joke by Detroit, Tesla (NASDAQ: TSLA) has become a household name.

And interestingly enough, GM, which once mocked the Tesla Roadster on late night television, is now studying the electric car superstar. CEO Dan Akerson even put together a task force to study the market impact of Tesla.

GM Vice Chairman Steve Grisky commented on this, saying: “He thinks Tesla could be a big disrupter if we're not careful. History is littered with big companies that ignored innovation that was coming their way because you didn't know where you could be disrupted.”

And of course, investors who embrace innovation instead of run from it and got in early on Tesla have made an absolute fortune.

I'm even surprised as to how quickly this stock soared — and I've been a fan of this company since before it even went public... 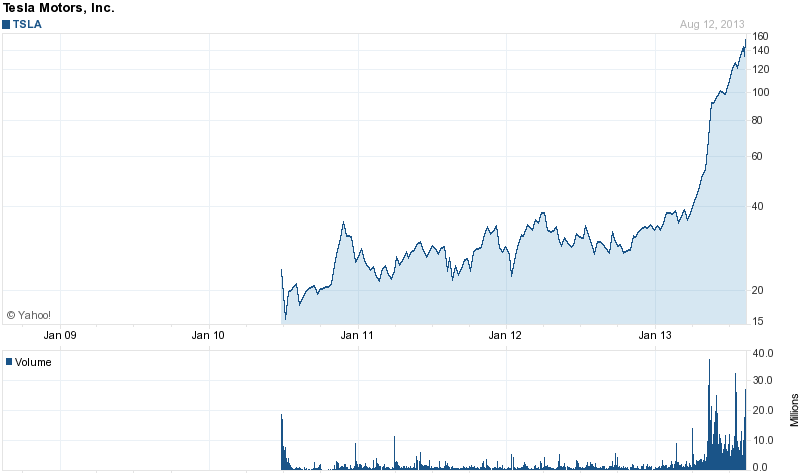 Now, as much as I love Tesla... and as much as I believe CEO Elon Musk is one the smartest people on the planet... I'm not suggesting you run out and buy shares of Tesla.

That was something I did a couple of years ago, and I'm hoping you took that advice. But today, after such a brilliant run, I'm more interested in seeing what else Musk has up his sleeve.

It made headlines this week as both investors and tech junkies supplied an enormous amount of enthusiasm over Elon Musk's latest venture, the Hyperloop.

Known to most as a futuristic transportation system that can take you from New York to California in just 45 minutes, many of us waited impatiently on Monday afternoon to hear more about this project.

And while Musk's announcement didn't really reveal anything new to those who have been following the development of the Hyperloop story, as anticipated, the knuckle-draggers and short-sighted curmudgeons took to the Internet to lash out at the man who continues to have the audacity to think beyond the limits of complacency while pursing the bold entrepreneurial spirit that once made this nation great. (Of course, Musk is South African, so I guess that in itself speaks volumes.)

In any event, the negative comments weren't quite as overwhelming as when Musk first started to parade his electric car company around the world, yet there were still plenty of empty criticisms making their way on cable “news” shows and Internet message boards.

I suspect much of these did fall on deaf ears. After all, Musk has more than delivered on his bold promises of the past. To bet against him now would be naïve.

Regardless, while it's unlikely we'll see the Hyperloop developed in the time it took to launch Tesla from unknown start-up to major disrupter, we'll continue to follow this story going forward, just like we did with Tesla...

Because anything less would be, for lack of a better word, stupid.