A Comeback for Coal?

It's dirty... probably the dirtiest of all our energy sources.

People can dress it up however they want with nicknames and catchphrases like "clean coal" — but the fact remains this fossil fuel will never be free of its dirty image.

Either way, we use a lot of the stuff. Nobody can dispute that, regardless of how you slice the energy pie.

But for us to get a better idea of our coal demand, we have to break those numbers down even further... 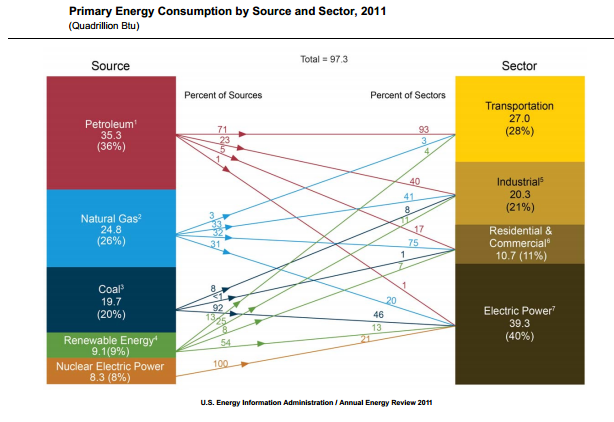 U.S. coal demand is similar to petroleum in that we use it mainly for one purpose, namely the electric power sector. That's why the only way to really make a dent in coal consumption is by using an alternative, cheaper source of energy to generate electricity.

Every EIA forecast for coal shows overall electrical generation from coal decreasing over the next eight years.

It's easy for us to put the blame on natural gas. We've done so relentlessly for years.

And it's the new capacity we're building now that fosters our bullish sentiment for natural gas...

A few weeks ago we noted how coal-fueled generators are being phased out of the picture. There's a significant amount of coal-fired capacity being retired over the next several decades: 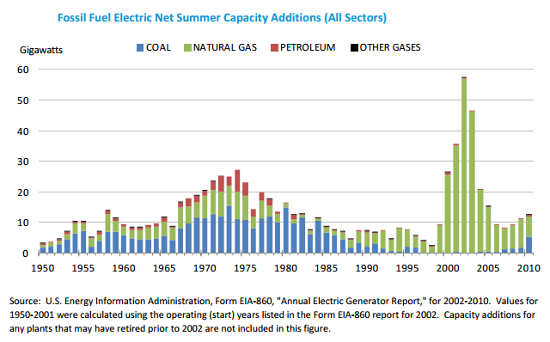 According to the EIA forecast above, we're losing as much as 69 gigawatts of this capacity between now and 2035.

But as I mentioned, the U.S. will still use a lot of coal going forward — and contrary to the popular belief that coal investments are a pitfall for investors, there are still safe havens out there. You just have to know where to look.

I'll give you a hint: Future coal profits don't necessarily have to come from the production side of the equation.

At first glance, a comeback for coal would come from a rise in natural gas prices. After all, if super-cheap prices are what's driving new gas-fired capacity, it would make sense that a significant increase would make coal competitive again.

While we expect a boost in U.S. natural gas prices as drillers shift their attention to more liquids-rich plays (a good example can be seen in Marcellus producers moving west toward the Utica Shale play), we certainly don't expect a sudden price spike.

As for coal's reputation as an investment pitfall, it should be obvious how underwhelming coal stocks' performances have been over the last two years: 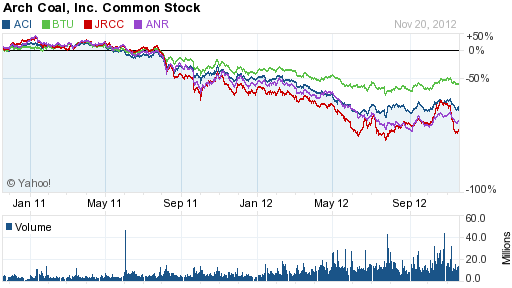 Does that completely eliminate the chance to turn a profit in the coal sector? Absolutely not.

Last month, I mentioned one strategy for coal investors is to limit their exposure to the U.S. market and find the companies that will tap growing demand in developing countries.

Today I want to tell you there's an even safer place to invest.

Over the last decade, there was one preferred way to transport our coal production to power plants. Almost three-quarters of our coal is shipped via railway. Since 2001 rail costs have increased nearly 50%.

And while coal producers may be getting the short end of the stick here, sticking with three of the top railroads hasn't disappointed investors over the long haul... 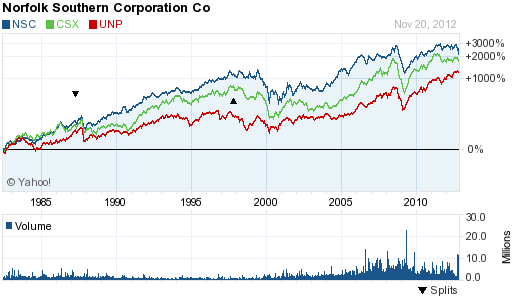 It's a little different when you're the one gouging coal companies, isn't it?

Twenty years from now, we'll still be relying on coal for a large share of our energy demand — even in spite of any ground it loses to nat gas.

These infrastructure plays were enough to grab the attention of investors like Warren Buffett, who shelled out $34 billion for Burlington Northern Santa Fe back in 2009. Today his investment is paying off in spades.

Of course, there's a whole different upside for these rail stocks, thanks to pipeline constraints in areas like North Dakota.

I'll have more for you on this opportunity next week.

Keith Kohl
for Energy and Capital